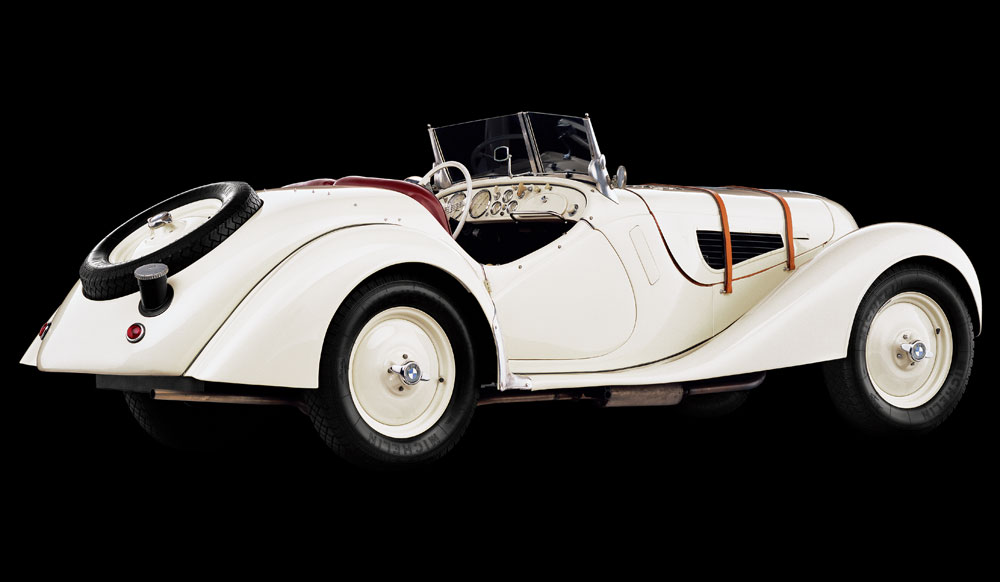 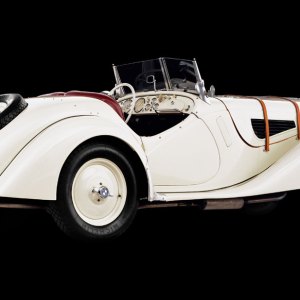 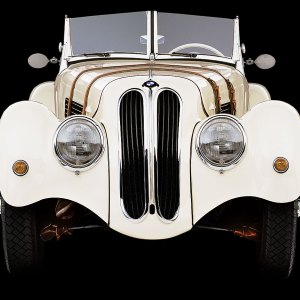 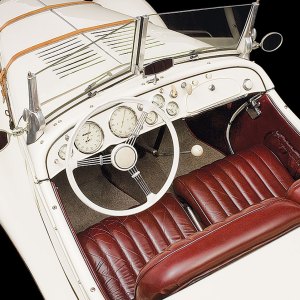 The Nürburgring racetrack in the leafy woodlands of western Germany’s Eifel Mountains is where all serious high-performance sports cars go to prove their mettle. A good lap time around the ’Ring’s notorious Nordschleife loop confers instant credibility on modern models and manufacturers alike. In 1936, German driver Ernst Henne won his class at the annual Eifelrennen race on the Nürburgring in a prototype BMW 328 Roadster. This compact two-seater featured superb handling and a powerful inline-6-cylinder engine that delivered 80 hp to the rear wheels. Its lightweight aluminum body, stiff tubular-frame chassis, short wheelbase, and forgiving suspension delivered a class win at Le Mans in 1939 and an overall win at the Mille Miglia in 1940. The 328’s success at the track helped secure its enduring popularity with collectors. “It feels like a modern car,” says Jack Croul, who has entered his 1937 328 Roadster in the 2009 Mille Miglia.