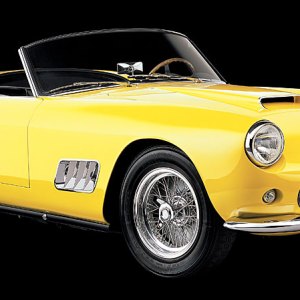 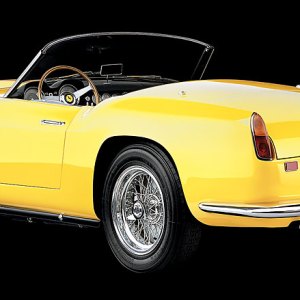 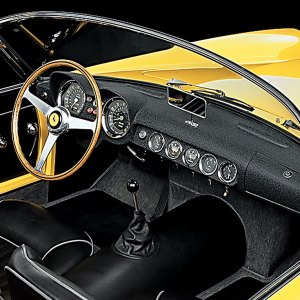 “The client is not always right,” Enzo Ferrari once remarked. However, in 1957, when Hollywood, Calif., Ferrari dealer John von Neumann requested that Ferrari build a versatile car that could conquer the road as easily as it competed on the track, the Italian sports-car manufacturer conceded that this customer might be on to something. Ferrari commissioned Pinin Farina to design a topless version of the 250 GT Tour de France Berlinetta, which featured a race-proven chassis propelled by a powerful V-12 engine. In a nod to von Neumann, Ferrari christened the new vehicle the California Spider. Famed coachbuilder Sergio Scaglietti constructed 106 of the convertibles. The first 51 rode on a 2,600 mm wheelbase, while the subsequent 55 cars featured an abbreviated 2,400 mm wheelbase that allowed for greater maneuverability. While the Cal Spider was not a tremendous commercial success, its honorary appellation proved apt: Ferrari has sold more cars in California than in any other state.