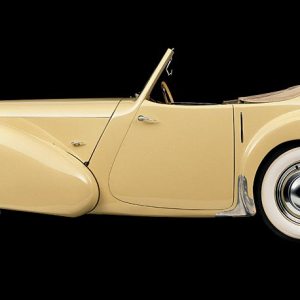 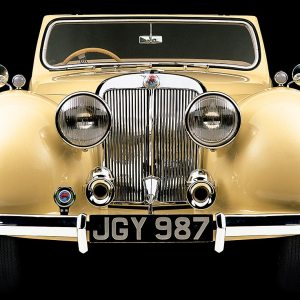 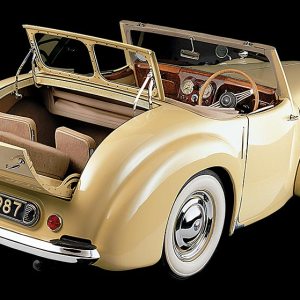 Shortly before the end of World War II, Standard Motor Co. acquired the Triumph brand in an attempt to compete with Jaguar, which had been purchasing engines from Standard before the war. The first Standard-built Triumphs, the 1800-series sedan and roadster, debuted in 1946. The roadster featured a curvaceous, 1930s-style aluminum body stretched over a tubular steel frame, and the last production rumble seat—complete with a fold-up windshield—to appear in any car. Dubiously powered by a 1,776 cc inline 4-cylinder engine, the Triumph required more than 30 seconds to achieve 60 mph and peaked at about 75 mph. A 2,088 cc model, the 2000, debuted in 1948, but even this was no match for Jaguar’s formidable new XK120, whose name reflected its top speed of 120 mph. As a result, Standard ceased production of the 2000 to make way for the TR series, which could rightfully be called a triumph of a sports car.