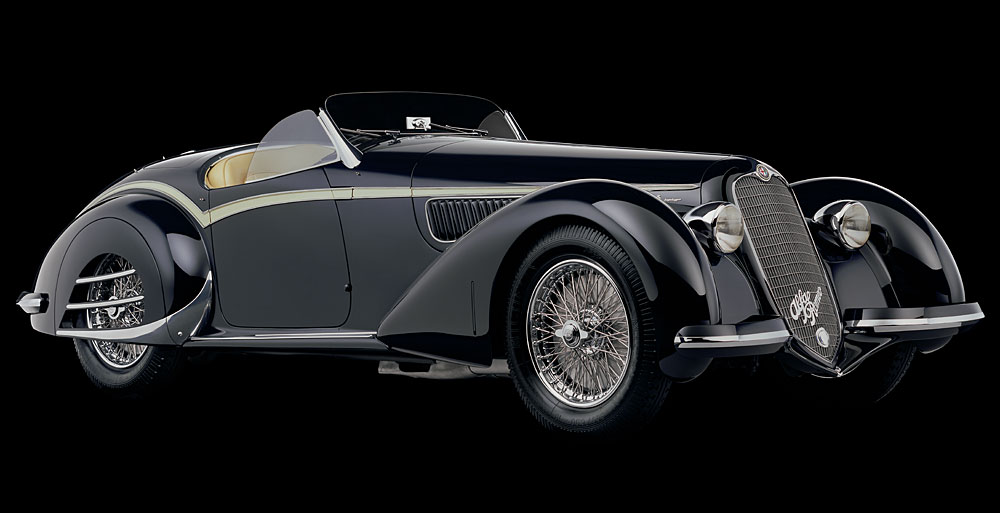 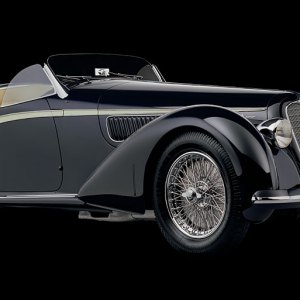 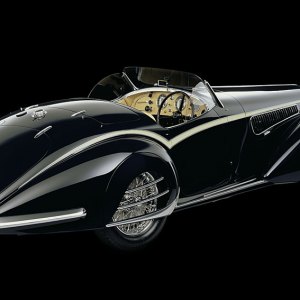 The 8C 2900B has been described as the cultured son of a champion athlete. It descended directly from the 8C 2900A, with which Alfa Romeo claimed the first three spots in the 1936 Mille Miglia and then won the race again in 1937. On the heels of that second victory, Alfa produced the first of 30 2900Bs, road-going versions of the 2900A that, powered by a 180 hp engine, still reached 120 mph. (Alfa also built a dozen examples of a 220 hp, 140 mph 2900B racecar.) Touring fashioned the carriages for most of the 2900Bs. These bodies were stylish, aerodynamic, and light—superlight, in fact. From 1935 to 1937, Touring had been occupied mostly with producing airframes. When the company resumed building coaches full-time, it adapted the airframe design principles for autos and created the Superleggera (superlight) body, which debuted on the 8C 2900B.