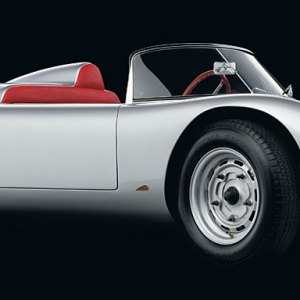 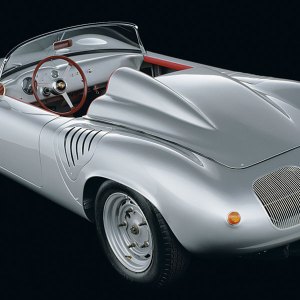 In 1960, the Fédération Internationale de l’Automobile—motor racing’s governing body—ruled that competitive automobiles should have wider cockpits and taller windshields. To accommodate this regulation change, Porsche widened the space frame and slightly lengthened the wheelbase of its Type 718–series RSK. The new car, known as the Type 718 RS 60 Spyder, debuted with a one-two victory at the 1960 12 Hours of Sebring endurance race in Florida and a win at the Targa Florio in Sicily. Porsche appeared poised to wrest the World Manufacturer’s Championship from the mighty 3-liter-engined Ferraris. And though Porsche tied Ferrari with 22 points, it ultimately lost the title on the grounds that Ferrari had finished third more often. It would take Porsche another nine years to claim the championship, but the spritely RS 60 elevated Stuttgart-Zuffenhausen to racing’s inner circle of heavyweights.