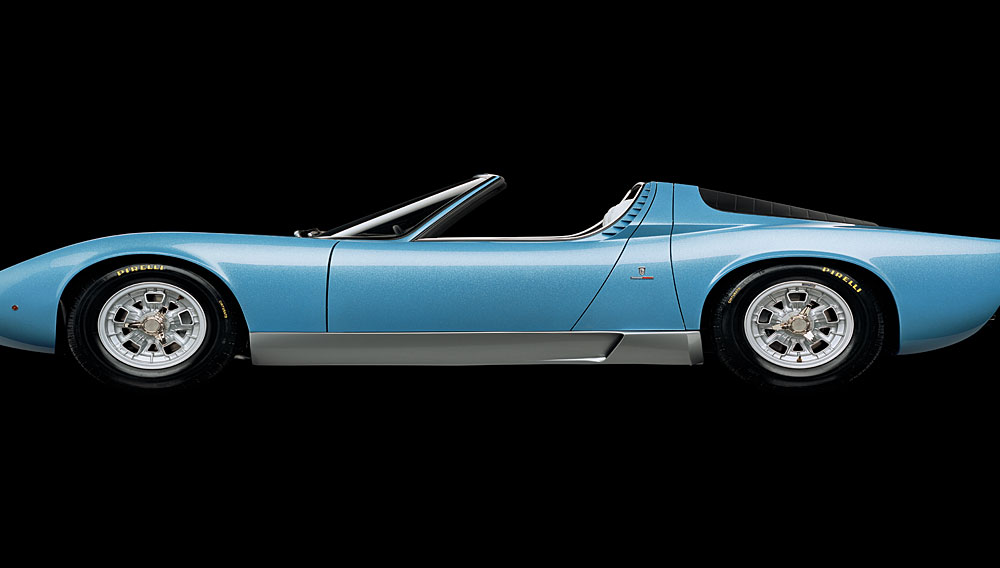 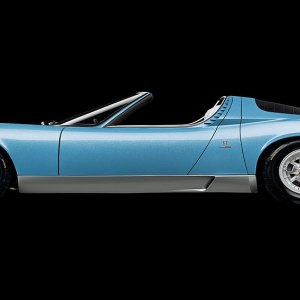 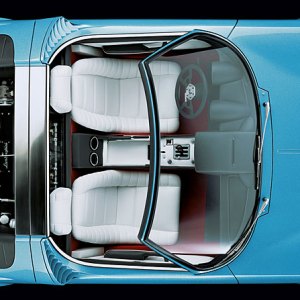 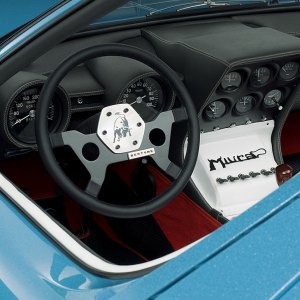 Lamborghini astonished the auto world with the debut of its sensuous Miura at the Geneva Salon in 1966. Two years later, Italy’s famed styling studio Bertone staged an encore of sorts at the Brussels Motor Show—and surprised Ferruccio Lamborghini himself—when, to wild acclaim, it unveiled its own one-off of the car, which it dubbed the Bertone Lamborghini Miura P400 Roadster.

Subsequently, a group called the International Lead Zinc Research Organization purchased this unique automobile and outfitted it with numerous zinc pieces to replace cast and forged metal parts, renaming it the ZN75. In its new form, the ostentatious and unwieldy display car gained attention touring world trade shows, but then languished in various collections until a new owner acquired it in 2006.

Working with Bertone, restorer Gary Bobileff returned the car to the studio’s original exotic configuration. In 2008, the vehicle was reintroduced at Pebble Beach—to the same rapturous applause it had inspired 40 years earlier in Brussels.