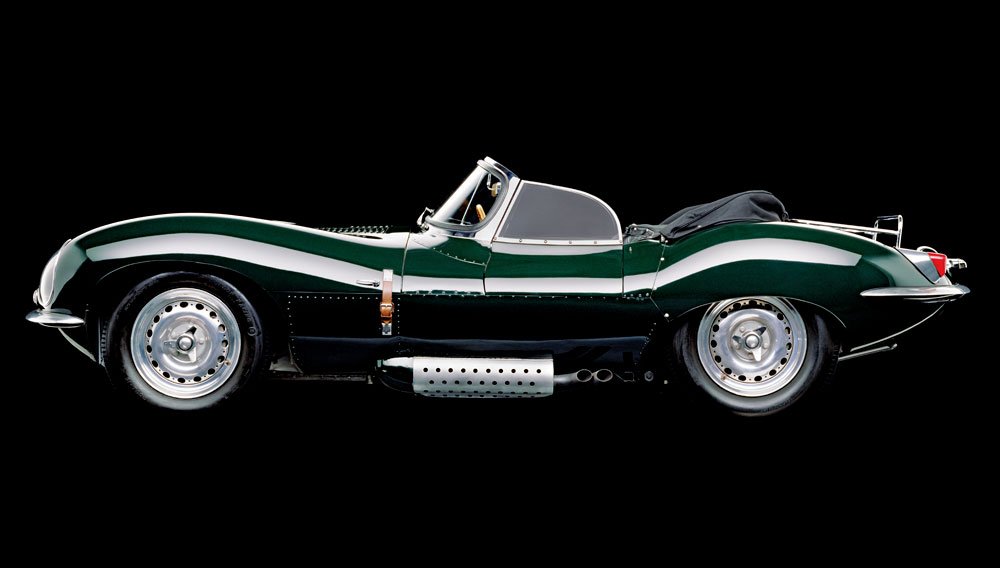 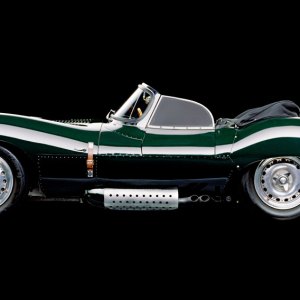 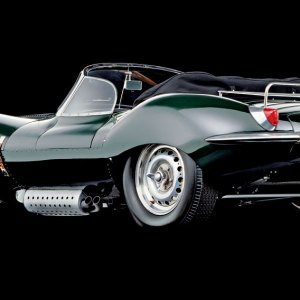 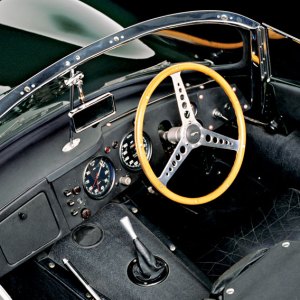 Jaguar racecars of the 1950s remain among that era’s most stirring, valued today for their looks, performance, and rarity. The 1951 C-Type ushered in the decade and was followed by the triumphant D-Type, which won the 24 Hours of Le Mans three consecutive years and ultimately influenced the development of the legendary E-Type of 1961. Sandwiched between the Types D and E was the XKSS of 1957, essentially a road-going D-Type powered by a 250 hp, 3.4-liter inline six. Jaguar built the XKSS to expend the D-Type chassis that remained unsold following the company’s withdrawal from motorsports after the 1956 season. Only 16 examples were completed before a fire at the Jaguar factory halted production.

Shown here is serial number 713, which actor and racer Steve McQueen purchased around 1960, sold in the late ’60s, reacquired a decade later, and owned at the time of his death in 1980. The car now belongs to the Petersen Automotive Museum collection in Los Angeles.