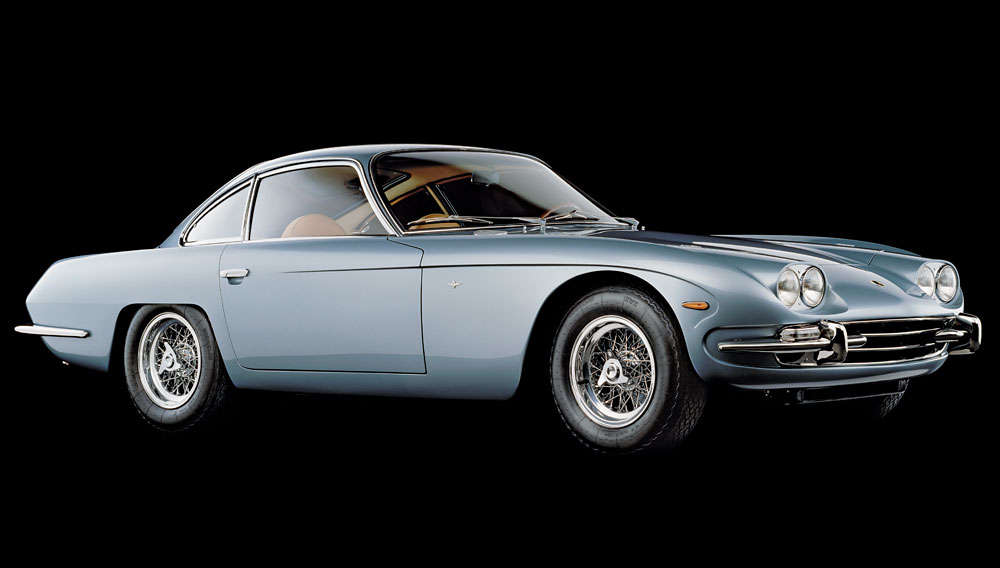 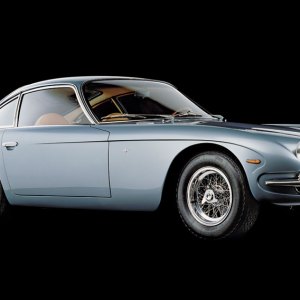 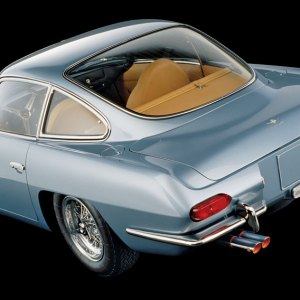 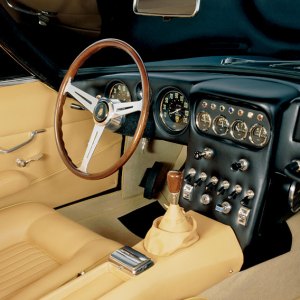 Lamborghini made an auspicious entry into the luxury sports-car market in 1963, unveiling Franco Scaglione’s provocative 350 GTV prototype at the Turin Auto Show. When the car went on sale in 1964, as the 350 GT, it had been restyled by Carrozzeria Touring, which employed its Superleggera fabrication method to create lightweight aluminum bodies with complex shapes and beautiful details. The 350 GT initially was powered by a 3.5-liter, four-cam V-12, but its engine was later enlarged to four liters and eventually mated to a Lamborghini-fabricated differential and 5-speed transmission. The company produced only a few two-seaters with the all-Lamborghini drivetrain; each was made of steel, except for an aluminum hood and decklid. Called the 400 GT and known colloquially today as the Interim, this model was overshadowed by the four-seat 400 GT 2+2. Though the 400 GT would be eclipsed by the audacious Miura and Espada models, the car offers a glimpse of Ferruccio Lamborghini’s original vision of the perfect grand tourer.