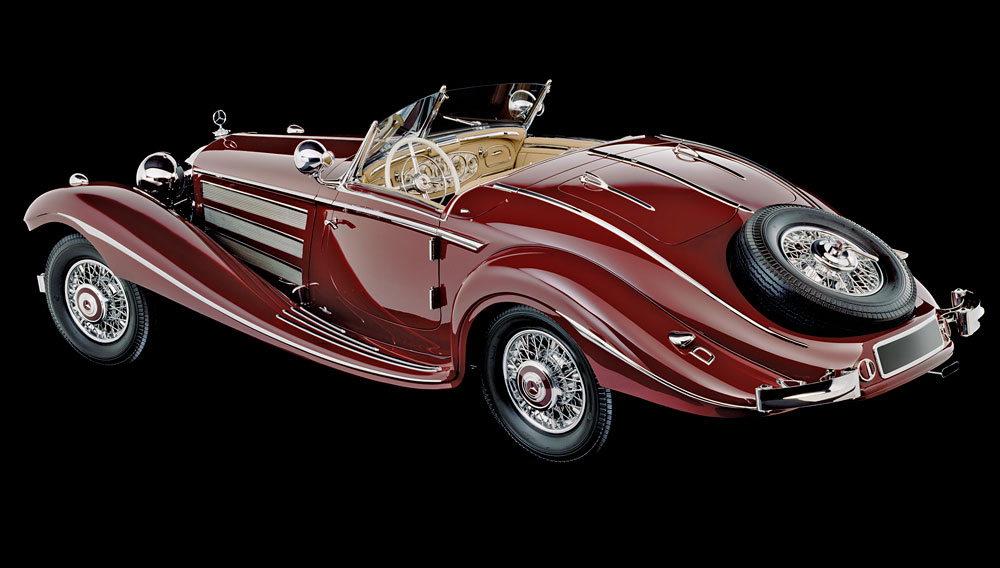 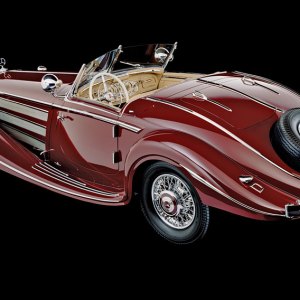 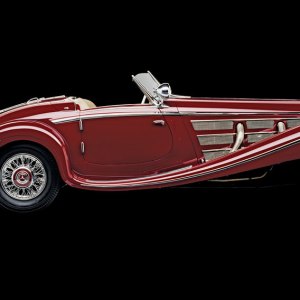 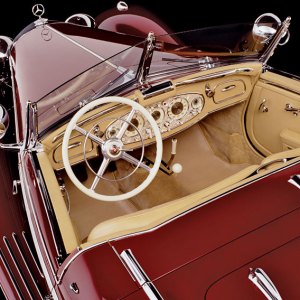 With their swooping fenders, mile-long bonnets, and opulent grilles, Mercedes-Benz roadsters from the 1930s epitomized the grandeur that persisted during the Depression. The long-tailed 540K Special Roadster was the marque’s flagship, commanding supreme respect on Continental roads and a high price at dealerships; it cost $14,000 (about $225,000 in today’s dollars) in the United States—or roughly 40 percent more than the priciest catalog-body Cadillac V-16.

The 540K was majestic, expensive, and advanced. Most cars at the time rode on primitive suspensions, but the 540K had a system that was fully independent. The 2-ton, two-seat roadster could cruise comfortably at 85 mph all day, powered by a supercharged 5.4-liter straight-eight engine that developed 180 hp and took the behemoth to a terminal velocity approaching 110 mph. Mercedes-Benz built only 26 examples of the Special Roadster.