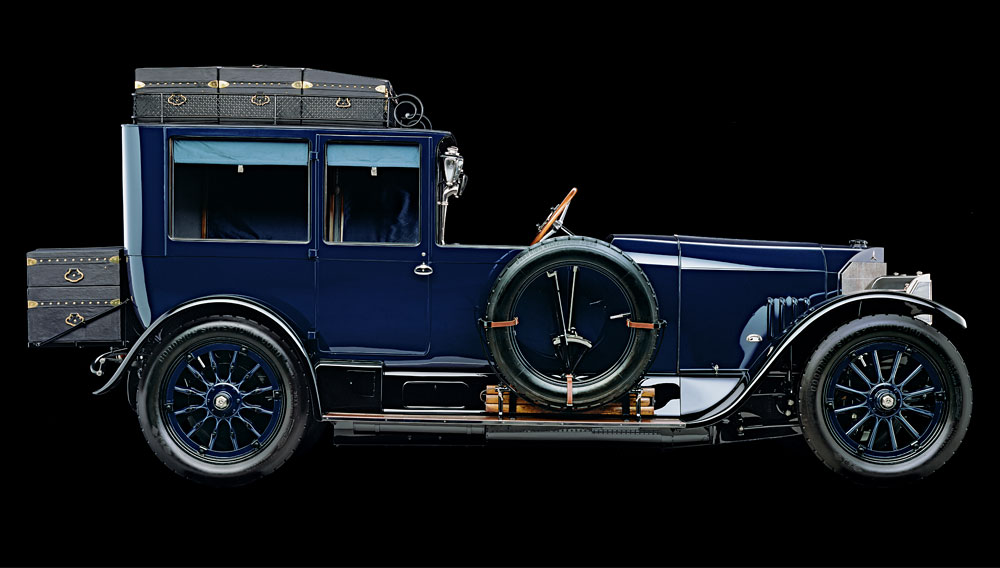 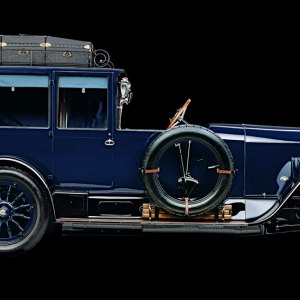 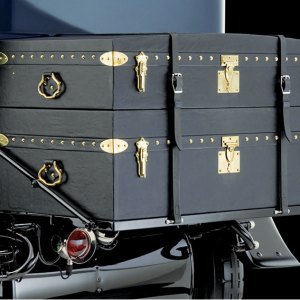 Built the same year that Daimler-Motoren-Gesellschaft’s Mercedes-branded cars pulled off a hat trick at the French Grand Prix—taking the first-, second-, and third-place honors—and elevated the marque’s already lofty status, this 1914 model 28/60 was initially delivered as a 4-cylinder, torpedo-bodied roadster. Three years later, its German owner returned it to the factory and had it rebodied as the open-front town car shown here. It was not uncommon for luxury cars of that period to have summer and winter bodies, which could be switched out in a half-day’s work. In its stately winter form, the Mercedes was equipped with all the accoutrements of civilized travel, including a suite of Louis Vuitton luggage, a humidor, Tiffany ashtrays, and a complete tool kit. The car awed onlookers at the 2011 Pebble Beach Concours d’Elegance, where it was displayed with a duplicate of its companion roadster body, which was mounted on a wooden chassis.