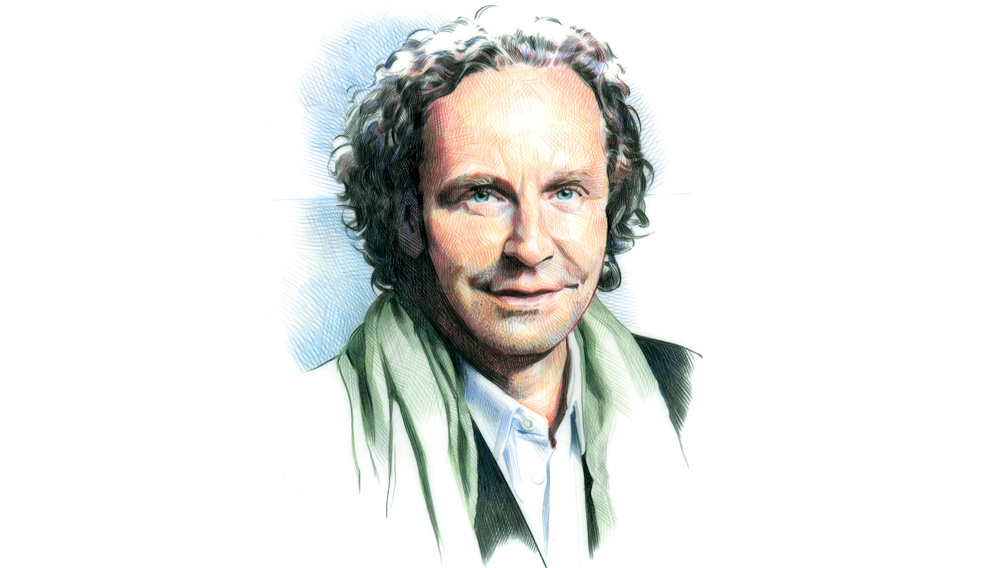 A conversation with the private-aviation entrepreneur and motorsports enthusiast.

As the founder, owner, and chairman of the global private-aviation company VistaJet, Thomas Flohr is accustomed to takings risks. The Swiss entrepreneur launched the flight-service provider in 2004 and has since amassed a fleet of more than 45 Bombardier business aircraft—from Challenger 350s to Global 6000s—distinguishable by their trademark silver coat and red stripe. While demand for private aviation plummeted during the Great Recession, VistaJet pushed forward, becoming one of the few firms in the industry to grow. Robb Report recently landed an interview with Flohr to discuss how his propensity for risk taking goes beyond business.

As the head of VistaJet, you have no doubt traveled the world. What are your favorite destinations?

It would be really unfair to favorite one part of the world over another, but if I had to make a choice, I’d have to say Africa is my favorite continent. It’s adventurous. I like to travel to Mozambique, and a farm that’s about an hour by helicopter outside Kenya. You live in tents, and on one hand it’s quite luxurious, but don’t expect a Four Seasons or Peninsula hotel. The luxury really is being in touch with nature, with animals, and it’s very, very exclusive. But having said that, I love traveling deep into Siberia and Russia, to far, remote places such as Vladivostok on the east coast of Russia, and Novosibirsk. A year and a half ago, in the winter, I traveled to the Kempinski Hotel Khan Palace in Ulaanbaatar [Mongolia]. There’s also an amazing Aman hotel in Bhutan—Amankara—which has five different stations within the country.

Speaking of adventures, tell us about the car rally you did in East Africa.

I did the East African Safari Rally in 2011 in a Porsche 911, and that was in Kenya and Tanzania. I had learned about it as a little kid. It’s a rally that started in 1953 in commemoration of the coronation of Queen Elizabeth II. In 2007, I decided I wanted to one day participate, so I prepared myself well, and the first race I did, in 2009, I actually came in fifth, and that was really motivating. But at some point in time, I decided it’s actually quite risky, so I diverted my efforts onto the racetrack.

What race are you preparing for now?

I’m participating this year in the European Le Mans Series, and that needs a lot of preparation. There are five races in the championship this year. It starts in England, Silverstone, the Formula 1 Circuit. It goes to Italy afterwards, to Imola, and then to Austria, France, and Portugal. My copilot is a gentleman by the name of Francesco Cas­tellacci, a European champion in the series of the GT3. We’re racing a Ferrari 458 GT3.

What is it about motorsports that appeals to you?

Racing just kind of switches off my mind. There’s so much focus required. Like last year, in December, we did the 12 hours of Abu Dhabi. I have so much focus on what I do that I feel the next day I’m even clearer in my mind and focused on what I do in business.

What do you drive when you are not racing?

I’m mostly being picked up at the airport—these days, road driving is not fun anymore, so I usually use drivers. But the one car I’m driving around is a little race version of the Fiat 500 Abarth. It’s actually a car my friends gave me for my birthday a couple of years ago. And guess what the colors were? Silver with a red stripe.

What other cars are in your collection?

I love to collect old English sports cars from the Sixties. I have a 1965 Aston Martin DB5 Vantage, a 1967 Austin-Healey Mark 3, and a 1960 Jaguar Mark II 3.8-liter. It’s fun to take them out in Switzerland when there’s nice weather. I drive them through the mountain passes and just switch off a bit from the stressful day-to-day office life.