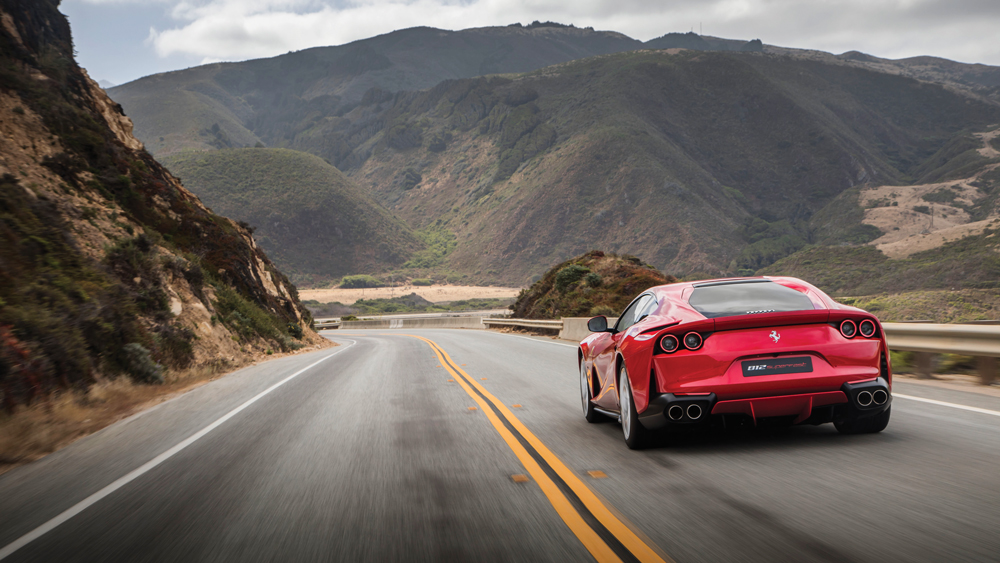 “Fastest and most powerful” appears to be the mantra among high-end automakers this year. Ferrari’s 812 Superfast, powered by a 6.5-liter, naturally aspirated V-12, assumes that lofty position in the Maranello stable. And the 789 hp prancing horse certainly lives up to its name with a top speed of 211 mph. A few things stand out when looking at the specs, especially the “naturally aspirated” part of the induction equation, if for no other reason than the fact that so few engines remain as pure. Indeed, most every manufacturer—Ferrari included—has embraced forced induction as the most expedient solution to gaining power, fuel efficiency, lower emissions and lighter weight (as a result of smaller-displacement engines). And while turbos and superchargers have their clear advantages on paper, there remain tangible, seat-of-the-pants benefits to a big, air-gulping V12 that “don’t need no steenkin’ turbochargers” to bring power on fast, hard and high up into the power band. Savor it while we can—engines delivering this kind of pure, seamless power won’t be on the menu forever.

In the same spirit as Ferrari GTs going back to the early 1950s, the front-engine, rear-wheel-drive 812 is as refined and luxurious as it is absurdly quick and capable. Electronic power steering, magnetic shocks, and rear-wheel steering aid nimble handling, while its compliant ride reminds one that the 812 is made for real grand touring over long stretches of curving roads or highway. High-achieving automobiles like the 812 make it all seem so effortless, though the fact that few can perform as well speaks volumes about what makes a Ferrari so special.

Like its F12berlinetta predecessor, the 812 is an exercise in restrained good taste. All of its curves and creases have a purpose, channeling airflow and optimizing aerodynamics without the visual encumbrance of spoilers and additional body parts. Like the blue blazer or little black dress, the 812 cuts a classic profile, with no need to shout, “look at me.” The result is a pure form, one that is as timeless as the GT concept so artfully imagined by the Italians decades ago. It’s priced from $335,275.