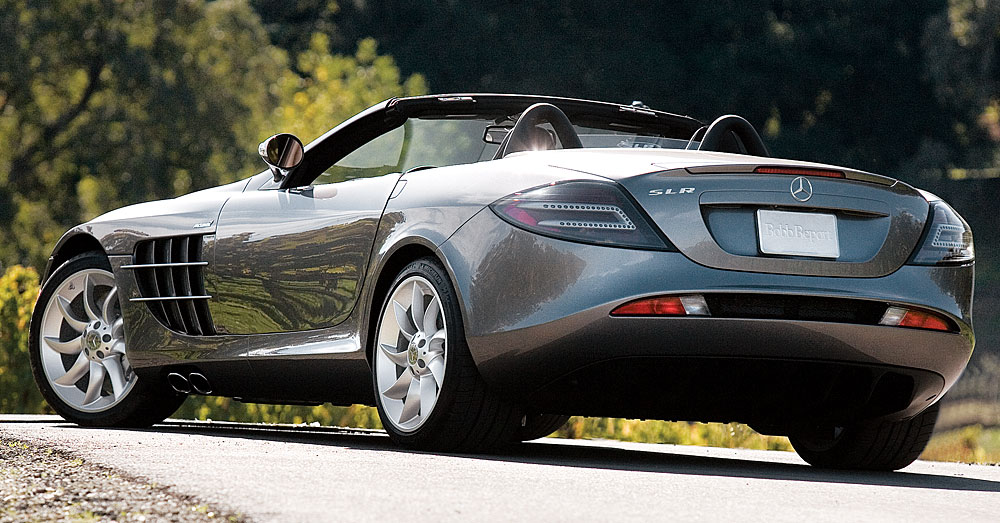 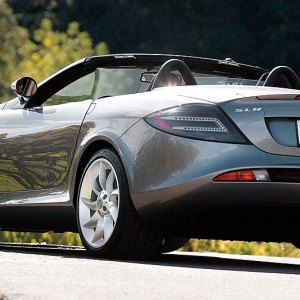 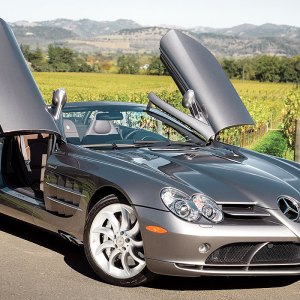 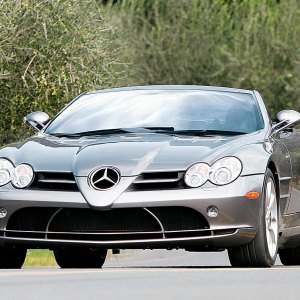 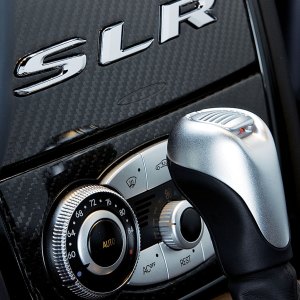 It is built by Mercedes, one of the world’s oldest and finest carmakers. Its performance is burnished by McLaren, a name that has ruled F/1 racing longer than Henry VIII ran England. And it is based on the highly envied SLR, a car renowned for more than a half century for its speed, athleticism, comfort, and quiet ride. So maybe we anticipated too much from this racecar in roadster clothing. Or maybe the car’s $500,000 price raised our expectations. Either way, the Roadster revealed itself as less of a car to drive than an adversary to battle. The McLaren earns its image as an Anglo-German ultra supercar, but with 617 hp and almost as many foot-pounds of torque going to the rear wheels, it has a habit of wandering when accelerating. Some drivers will consider it the ultimate driving machine, one with exotic looks, grand power, and fierce and irascible behavior. However you feel about this car, don’t turn your back on it. —Paul Dean

Great whites and Mercedes supercars have more than just gills in common. Like the shark, the SLR McLaren Roadster has an appetite for human appendages, or so senior correspondent Paul Dean learned. “The door doesn’t close all the way unless you slam it,” Dean explained to one of our judges, just before that guest slammed the door on two of Dean’s fingers and nearly severed them. The incident prompted one to wonder why a half-million-dollar car does not have electronic door closers, as many of Mercedes-Benz’s lesser models do. The roof is only semiautomatic, requiring muscle to raise or lower, and there is no tonneau to cover the exposed mechanical bits and pieces. Sure, it is faster than schnell, but driven around town, or just about anywhere other than on the autobahn, the McLaren Roadster seems like a shark in a fishbowl. —Gregory Anderson

The Roadster is fast and impossible to ignore, a Batmobile for the billionaire. But too much about the car gives pause, especially if you believe a $500,000 vehicle should inspire nothing but accolades. The brakes require a hammering action to bring the car down from speed, the gullwing doors render the car difficult to enter, and when the top stows, you see all of its mechanical components. —Marco R. della Cava