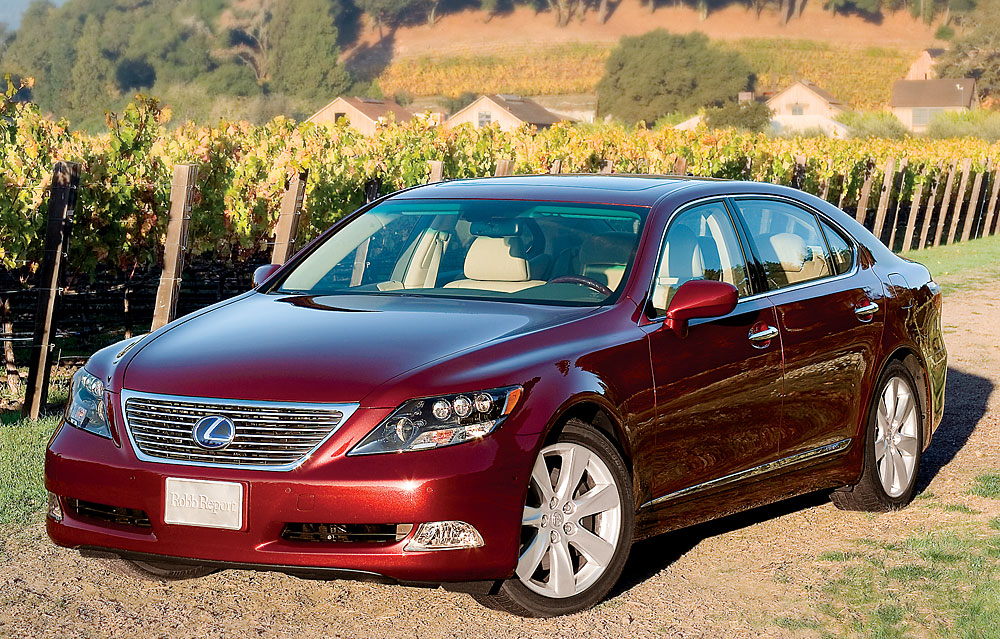 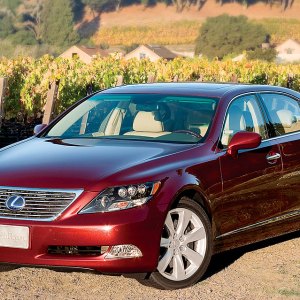 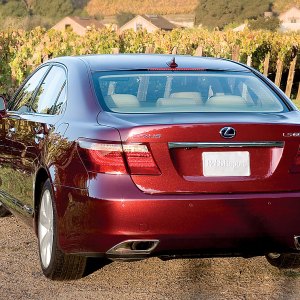 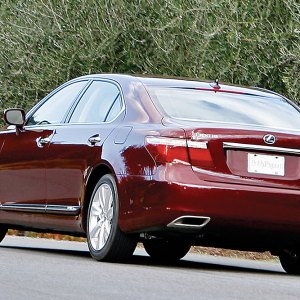 What’s in a Name.

Dissecting its alphanumeric model name reveals everything you need to know about the Lexus LS600h L. The LS Series—LS for luxury sedan (at least that is what the acronym stood for when the line began in 1989)—is a supremely comfortable four-door that shuttles its passengers with minimal drama and maximal competence. The 600 in its name indicates that the car’s 5-liter V-8 engine generates as much power as a Mercedes-Benz S600’s biturbo V-12. Equipped with a power-enhancing electric motor—represented by the lowercase h, for hybrid—this power train is so smooth that you do not realize it is operating until you step on the accelerator. Lastly, the offset capital L connotes a long wheelbase, which provides acres of room for rear-seat passengers to sit back, relax, and enjoy an electronic seat massage. But context is everything, and when you drive Lexus’ flagship sedan after clambering out of a Lamborghini LP640 (a sequence created by our alphabetical rotation), the LS600h L, despite all the virtues that the letters and numbers in its name represent, proves to be a letdown. It is a good car, no doubt, but maybe instead of working so diligently on the “passionate pursuit of perfection” (the company’s mantra/marketing slogan), Lexus might be better off perfecting the pursuit of passion.—Gregory Anderson

Lexus always represented luxury and stealth, space and pace, dependability and durability, and reliability that borders on boring. The LS600h L embodies all of these characteristics, plus it is a gasoline-electric hybrid, which might salve the consciences of those who want to save the planet but consider driving a half-pint Prius too great of a personal sacrifice. The Lexus is a car of maddeningly conservative styling, and, like the perfect son-in-law, it moves through life in total peace and quiet while earning the admiration of all it encounters. Yes, we know that the LS600h L is the first V-8, long-wheelbase, fully loaded, luxurious hybrid. The car’s performance is surprisingly powerful and smooth, but Lexus claims that it offers V-12 performance, and that assertion will not ring true for anyone who has driven a V-12 four-door from Mercedes or Bentley. The Lexus has EPA-measured miles-per-gallon figures of only 20 for the city and 22 for the highway, and much trunk space has been lost to make room for the battery packs. For a base price of $104,765, we would expect something a little better and greener than this. —Paul Dean

Lexus’ stretched-out, hybrid luxury sedan is proof that something can be too perfect. The car embodies the sort of perfection that detracts from the motoring experience. Driving the Lexus as opposed to driving, say, the Lamborghini LP640 is akin to being coddled in a first-class airline seat instead of piloting your own jet. Actually, the first-class-seat comparison might be better applied to the Lexus’ reclining backseats. Still, if you want the road and time to slip by unnoticed, the Lexus is your baby. The hybrid engine might soothe those prone to guilt over climate change, but the car’s price—more than $100,000—could give pause when you consider the other autos that can be had for this amount of cash. Ultimately, the LS is indeed the best of what the Japanese automakers have come to (generally) be known for, namely an insane level of perfectionism that possibly is not matched by even NASA. But their cars still are lacking soul. —Marco R. della Cava