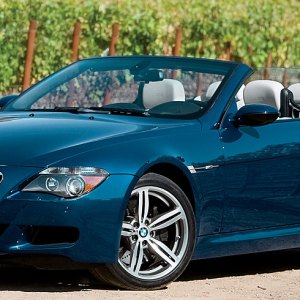 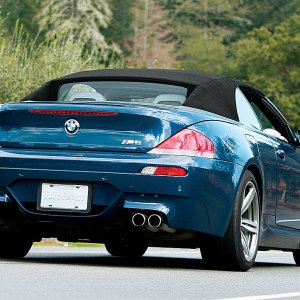 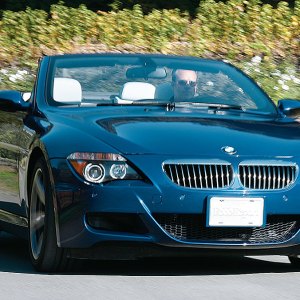 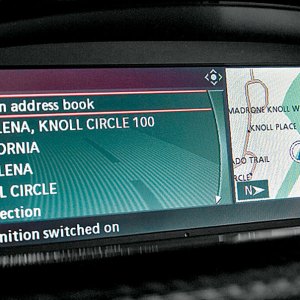 To anyone who has driven BMW’s M6 Convertible, it may come as a surprise that the car is available with a manual transmission. However, judging from the judges’ comments, the 7-speed sequential manual gearbox (SMG), which acts like an automatic, is entirely responsible for the car’s position as the lowest-ranking member of our European contingent. But if you can adapt to its quirkiness, the SMG works just fine, though not on a par with Ferrari’s F1 Superfast. Enough about the transmission’s shift action, because aside from that niggling grievance, everything about the M6 Convertible is wonderful. This is an open grand touring car that retains the feline feel of a smaller sports car. —Gregory Anderson

Neither Coupe nor Coup

Judges came to our annual fete with high hopes for the BMW M6 Convertible. After all, the coupe already was firmly entrenched among the world’s grand touring cars. The convertible version had the same racing team–developed V-10 engine and a 7-speed sequential manual transmitting 500 hp. And all the mechanicals, from brakes to suspension, had been preened and polished way beyond stock by BMW’s Motorsport, or M, division. However, the car proved a disappointment, creating the type of chagrin you might feel after being told that roof rats are eating your termites. On the bright side, the exhaust note was tuned to a NASCAR level, and shifting high on the band produced enchanting blips. At more neighborly speeds, downshifting was acceptable but upshifting was an extended, hesitant lurch. —Paul Dean

BMW’s M division rarely makes a misstep. Its M3 and M5 variants have, through the ages, been fearsome cars that have left rival engineers crying in their lager. So when an M6 struts in without a top, one expects bells to ring and clouds to part. However, the car brought neither song nor sun to Napa. The M6 displayed an annoying tendency to bob when flung around turns, and its sequential manual transmission was borderline jerky and late with shifts, when compared to other autos in the group. And while the car looks like a four-seater from afar, adults will not want to spend more than a few minutes in the rear seats. —Marco R. della Cava