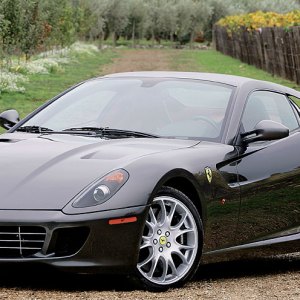 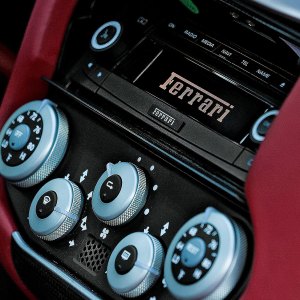 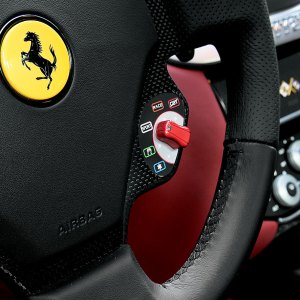 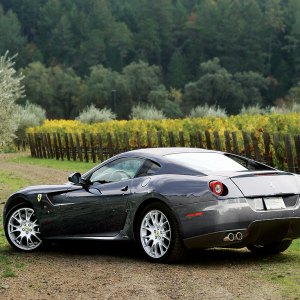 The Car of the Year’s 14 entrants are an elite bunch, and yet when the 599 comes rolling in, each of the other autos is like the kid at the high school party who is doing just fine with the ladies until the quarterback shows up and sends him packing. The 599’s looks are crisp, though not especially compelling; the Maranello had more sex appeal. But, oh, those moves—that roar. When you rip through the gears with the F/1 transmission in “race” mode, you feel like a Schumacher protégé. At the same time, the car is a comfortable boulevardier that can rumble up to the doors of your favorite dining establishment and promptly clear the parking lot. Production of these cars is limited to the point where only a fortunate few can obtain one. But then, as was the case in high school, the most exclusive cliques always seem to be the coolest. —Marco R. della Cava

Defeat may well have been snatched from the jaws of victory when the phrase “Transmission Failure” appeared on the little white video screen on the Fiorano’s instrument panel. The breakdown prevented four of our judges (at least one of whom is a die-hard member of the Ferraristi) from driving the car and rendering their opinions. Thus the Fiorano—a car endowed with the Ferrari Enzo’s 12-cylinder, 612 hp engine; and our 2007 Best of the Best GTs, Coupes, and Convertibles selection—fell to second in our contest. Ferrari might have failed to recapture the Car of the Year title that its F430 claimed for 2006 even if the Fiorano had survived the competition. A Car of the Year should display groundbreaking qualities; it should represent a revolution instead of an evolution. The 599 merely builds on the success of its predecessor, the 575M Maranello, and it might have become a victim of that success. —Gregory Anderson

A Stud, Not a Dud

It was disconcerting to see a $340,000 supercar develop a bug, whether trivial or terminal, after only 4,300 road miles. Until that point, the Fiorano (named for Ferrari’s test circuit) proved a worthy replacement for the aging 575 Maranello (a nod to Ferrari’s hometown), displaying an exhilarating performance envelope. Although the car’s appearance is underwhelming, its mechanicals are superb. Brakes act like cruise-ship anchors; diffusers and other assorted aerodynamic features produce unmatched flatness and security in just about any situation; paddle shifting is faster than a finger snap; and acceleration is like a cannon shot. And heavens to Enzo, Ferrari has entered the 21st century by equipping the 599 Fiorano with a navigation system, French-stitched upholstery, and a radio. The latter feature provides only basic, RadioShack sounds, but when 12 cylinders are singing into your ear, why would you need to hear any other kind of music? —Paul Dean