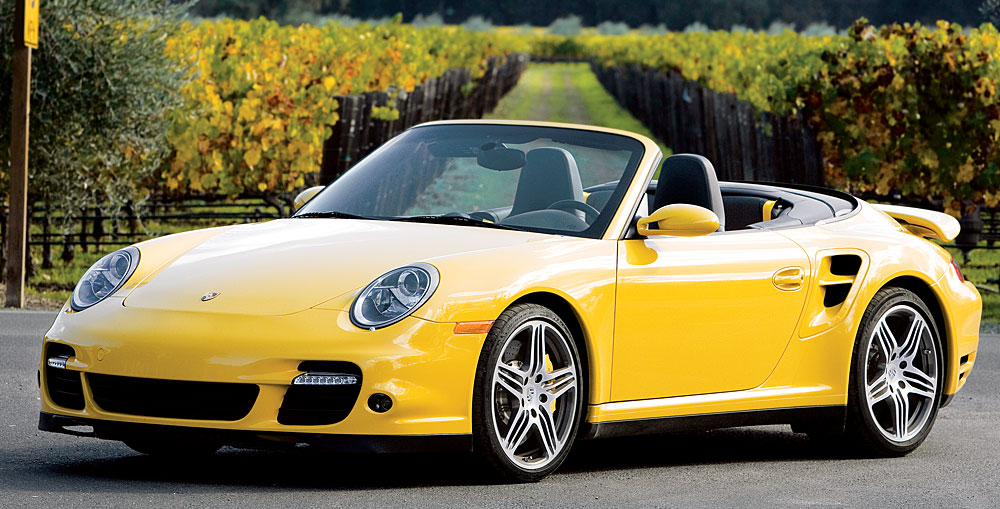 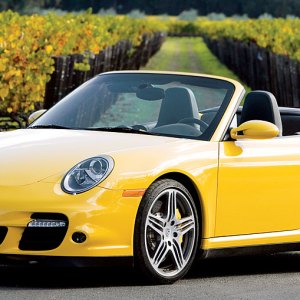 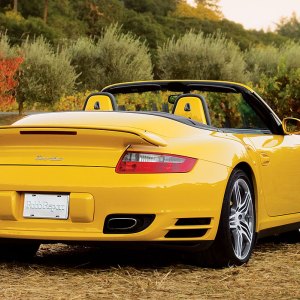 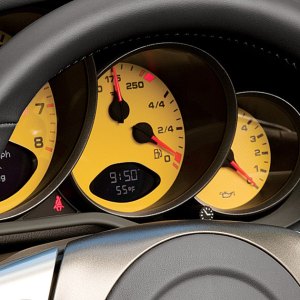 After 40-odd years of refining the 911, Porsche has created automotive perfection. The Porsche 911 Turbo Cabriolet may not have garnered as many first-place votes as either the Audi R8 or the Ferrari 599, but it dominated our unofficial “Will Buy” category, which, had it counted for points, easily would have given Porsche enough of them to claim this year’s crown. More judges promised to purchase Turbo Cabriolets than any other car in this group, an endorsement that might be more significant than a first-place vote. —Gregory Anderson

Will the shape ever go away? Will Porsche ever stop being among the best-handling sports cars? Will its ignition switch ever be moved from the left side of the dashboard? Porsche has kept the competition frantic since 1948, when it first built safe competition handling and precise balance into the Type 356. This 911 Turbo Cabriolet is no exception to the Porsche credo of sticking with what you do best. Nothing about this car is complicated: You slide in, buckle up, waggle the 6-speed shifter in neutral, fire up on the key, and let this charmer perform. In the process, this little rascal will exercise its talent for allowing you to become a better driver. With all-wheel-drive grip, 480 surging horses, and more braking power than you will ever need, this 911 is the calmest Turbo and the most livable, lovable Cabriolet yet. —Paul Dean

Do the boys from Zuffenhausen even know how to make a bad 911? One suspects such knowledge would contradict the nature of anyone cobbling together these machines. In this turbocharged, sun-worshipper’s iteration of Porsche’s venerable sports car, each bolt and stitch is perfectly in place. The car feels as familiar as an old cashmere sweater, albeit in the case of our test car, a garish, Speed Yellow one. Confession: I was supposed to give all 14 cars equal playing time, but after dispatching a couple of S-turns with flicks of my wrist and right ankle, I managed to get wonderfully lost in the 911. —Marco R. della Cava