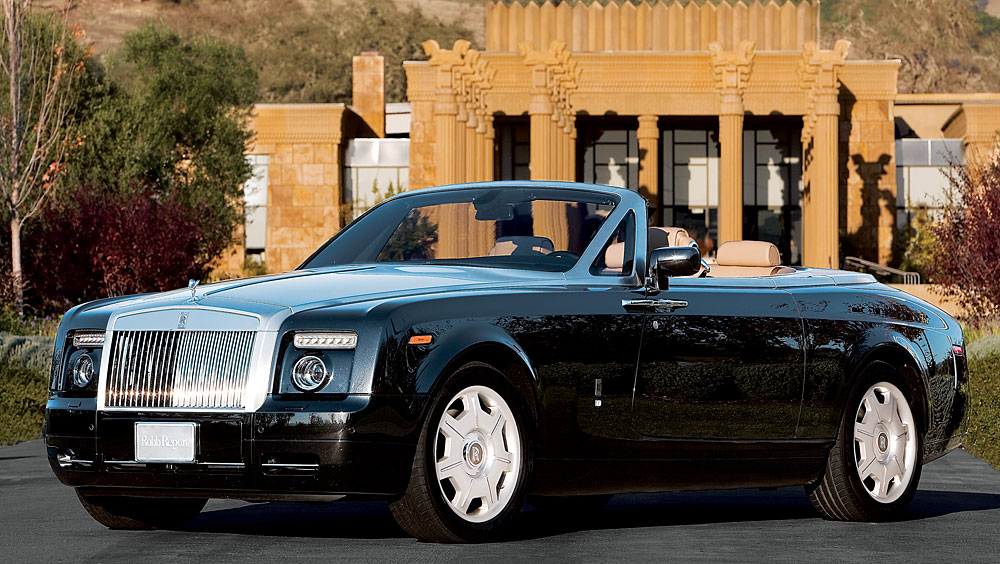 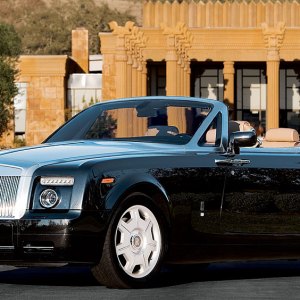 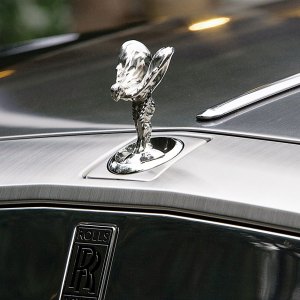 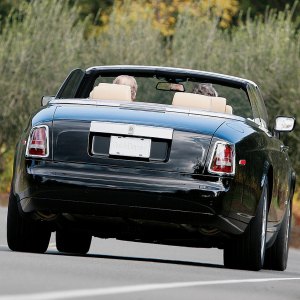 Break from the Routine.

Judging from the way that the Drophead Coupé’s teak tonneau cover flips up, its trunk lid does a backward somersault, and the canvas roof folds like a card table, the topless iteration of the Rolls-Royce Phantom seems to take pleasure performing even the most routine tasks. Perhaps because of the methodical pace of its electronic systems, the car seems graceful despite being an elephantine chunk of aluminum and stainless steel. This vehicle offers the 21st-century version of a horse-and-carriage ride: The driver drives while the passengers relax on the rear bench, their silk scarves flapping in the breeze. The Drophead Coupé was a huge hit among our judges, but with a price greater than $400,000, it should have been a home run. —Gregory Anderson

The British do not hit home runs; they knock a six, literally in cricket or figuratively in any realm where you can achieve great success with a single stroke. The Rolls-Royce Phantom Drophead Coupé (pronounced coop-ay) knocks a six by offering features that nobody else does. These include a stainless hood borrowed from a DeLorean; a hand-cut, hand-rubbed teak tonneau lifted from the deck of a 1930s-era America’s Cup sailboat; silk umbrellas stored in the doorjambs; power-assisted closing of rear-hinged suicide doors; and gimbals in the wheel hubs so that the RR logos always remain upright. In addition to all this delicious nonsense, however, the Drophead Coupé has a very serious, 6.75-liter V-12 engine from BMW that propels this omnibus from rest to 60 mph in 5.6 seconds. The car reaches a governed top speed of 149 mph in near silence and without the float or pitch that condemns so many cars that measure their curb weight in tons. —Paul Dean

This starched, gleaming yacht of an automobile is fit for a monarch—it is that outrageous. Its suicide doors open at the touch of a button (can flicking a handle be that hard?). The teak tonneau comes from a vintage sailing rig (is Jeeves prepared to oil?). The winged ornament is retractable (what, in case she gets cold?). On the road, the Drophead Coupé seems to float on air, propelled by an engine that is as quiet as a hybrid. But push the machine beyond the speed limit and you get into soupy territory, a sensation that is enhanced by the pencil-thin steering wheel. Then again, you are not supposed to be the one driving. —Marco R. della Cava