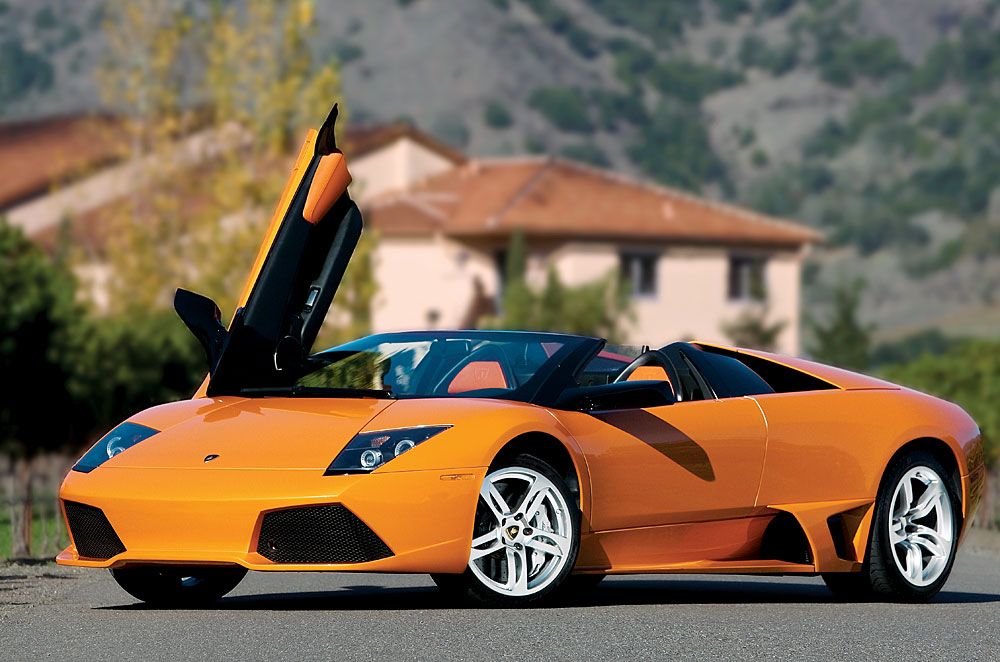 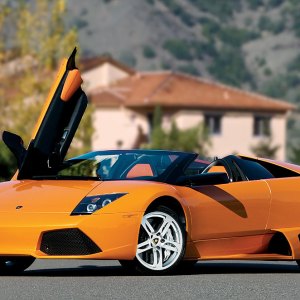 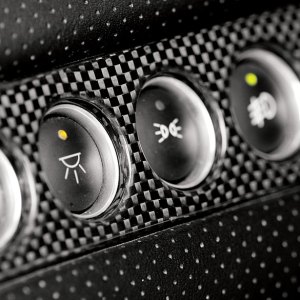 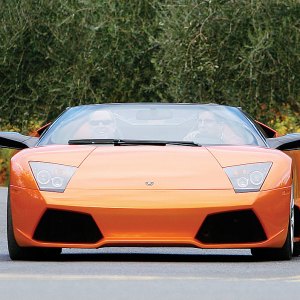 Lamborghini does not simply build high-powered exotic sports cars; it creates sensations, and after I climbed out of the LP640 Roadster, my first impulse was to bum a cigarette. This sexpot from Sant’Agata is an orgiastic combination of brute strength, deafening noise, and visual audaciousness. It may not possess the finesse of the Ferrari 599, and it may not maintain its composure as well as the Mercedes-Benz SLR does when nearing top speed, but not even a jack-o’-lantern orange exterior with mismatched reddish orange leather seat inserts could dull this car’s sex appeal. Forget logic and reason, Lamborghinis are bought on impulse. —Gregory Anderson

Anger Can Be Power

Lamborghinis often have been misunderstood, enduring criticism for concrete steering, excessive power, absence of traction controls, absolute lack of rear vision, impossible entry and exit, and edgy-angled star-cruiser styling that recalls a George Lucas prop. Crude the cars can be, with interiors as inviting as a barracks and three-piece, manually operated canvas tops that will blow off like cheap toupees when the cars reach 100 mph. But Lamborghinis do not bear a fighting bull emblem by accident; it symbolizes a personality devoid of passiveness, gentility, and couth. The LP640 snorts and paws the ground and is visibly irritable at idle. But when the Roadster is at speed, that anger becomes a manageable energy. Steering lightens, downforces come into play, and stability appears, because the beast is entering its element. And when the Lambo is at full and exhilarating thrash, no driver will really care if the top is 10 miles behind him, in the middle of the interstate. —Paul Dean

This Lambo is a creature from an earlier time, namely the Gordon Gekko ’80s, when greed was good and excess was great. The more (horsepower, looks, traffic tickets), the better. With the auto industry as a whole embracing homogenization, cars these days rarely stand out in a crowd. But the LP640 is a kick in the gut to sameness and to reason. It is a four-wheel fangul from Italy. —Marco R. della Cava