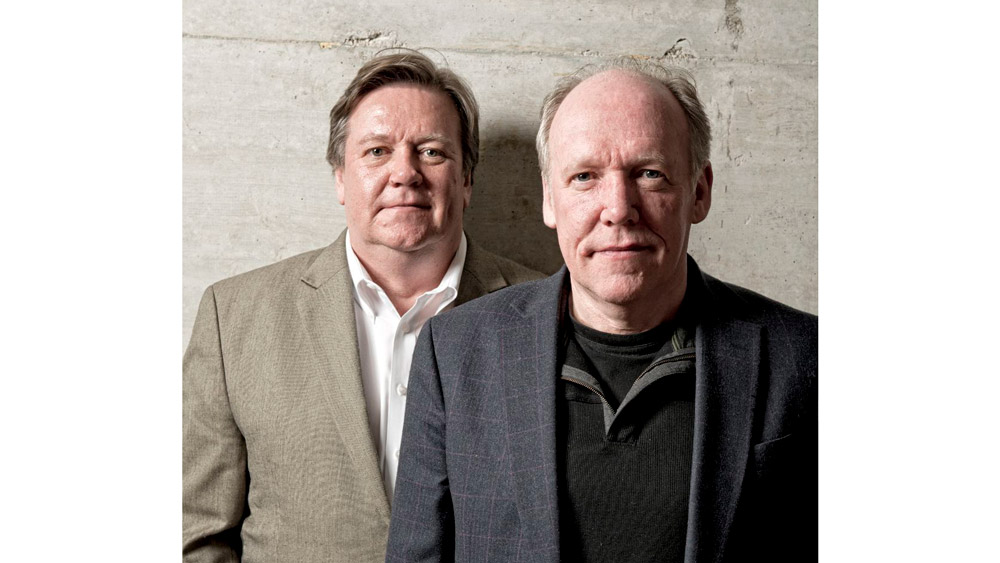 The Callum brothers – hailing from Dumfries, Scotland – have been responsible for some of the most groundbreaking and influential car designs of the last 30 years. We asked Ian and Moray—the design director at Jaguar and vice president of design at Ford, respectively—to reflect on their contributions and offer some insight on the industry’s future.

What were you doing 30 years ago?

Ian: I was in Ford Design at the time—I started there in 1979. After

working on a lot of bread-and-butter cars, designing mostly steering wheels and door handles, Ghia was a great diversion. And who wouldn’t want to work in Italy?

designer. Ian was the design manager, so theoretically my boss. One of the cars we worked on together was a swoopy four-door sports sedan concept called the Ghia Via.

What has been the design highlight of your career to date?

Ian: For me, our new Jaguar I-PACE all-electric SUV; it is, without doubt, the most exciting thing I’ve worked on. Not having the need for an engine at the front gives you this amazing opportunity to use interior space in a different way.

Moray: It has to be the latest Ford GT. This really was a once-in-a-lifetime opportunity to work on the design of a car like this.

The most important automotive innovation of the past 30 years?

Ian: It’s the innovation we’ve seen in just the past few years that is building up to become the perfect storm of change: electrification, autonomy, digitalization, connectivity. It’s going to be an amazing ride.

Moray: I once read that Americans felt the most important innovation of the past 25 years was the cupholder. However, to me, it has been the increased introduction of technology that has changed the car from a simple vehicle into this amazingly complex object designed to do so much more than get you from A to B.

What do you foresee in the next decade?

Ian: There’ll be a major switch to electric cars. At Jaguar, we’ve already said that by 2020, every model will be electrified. And if the new I-PACE is anything to go by, there won’t be any loss of driving enjoyment.

Moray: The next 10 years in this business are going to see the biggest changes and challenges since the turn of the last century, when cars took over from horses.