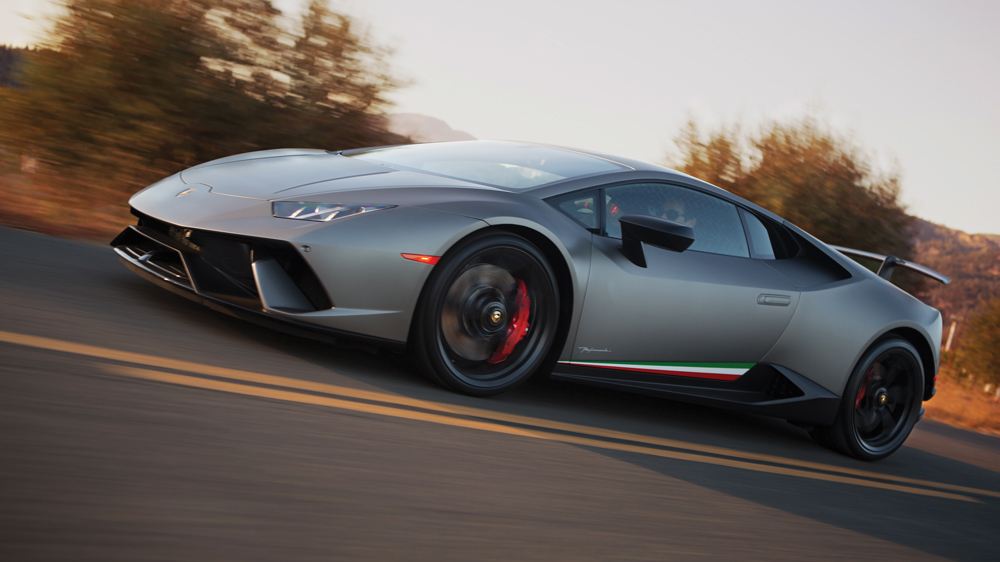 Lamborghini hit a home run when the Gallardo came along, pushing sales volume, build quality, and profits to a level the small manufacturer had never before imagined. After a successful ten-year run (model years 2004 through 2014) and with more than 14,000 units sold, the Gallardo handed off the baton to an even more capable successor, the Huracán. We liked it from the beginning, and it was no surprise when our 2017 Car of the Year winner (alongside the Porsche 911 Turbo S) turned out to be the Lamborghini Huracán LP610-4 Spyder. But there’s no such thing as “too much of a good thing” from the engineers at Lamborghini, and so they unleashed the Huracán Performante on an unsuspecting world.

The all-wheel-drive Performante, Lamborghini’s most powerful Huracán, is a 640 hp masterpiece that claimed a landslide victory in our 2018 Car of the Year contest. We were surprised that the Performante appealed to so many different types of drivers, some of whom are fairly conservative and not the sort of folks who might ordinarily be attracted to such an extroverted machine. But what at first appears to have a single purpose—bedecked with fins and spoilers and acres of carbon fiber—is in fact a delight to drive.

It’s difficult to describe the uncanny precision wrought by the Performante’s active aerodynamics—flaps, channels, slots, and wings that optimize airflow by moving in response to real-time data. It’s these active aerodynamics—so carefully engineered into the car that it handles literally as if on rails—that elevate driver engagement and confidence. Every curve, every straight-line blast—try zero to 60 mph in 2.9 seconds and a top speed of 201 mph—becomes a laugh-out-loud experience.

As with every Huracán, and even its Gallardo predecessors, the Performante carries a 5.2-liter V-10 engine that exhibits no turbo lag (because it has no turbos). It sucks air and spins to 8,000 rpm to create an intoxicating soundtrack right behind the driver’s head.

Despite its incredible power and equally capable handling and suspension, the Performante costs far less than the flagship Aventador. It almost seems a bargain for Lamborghini’s latest masterpiece. Its base price can be handily increased, however, with the addition of options that include custom interior treatments through Lamborghini’s bespoke Ad Personam program. (from $274,390)