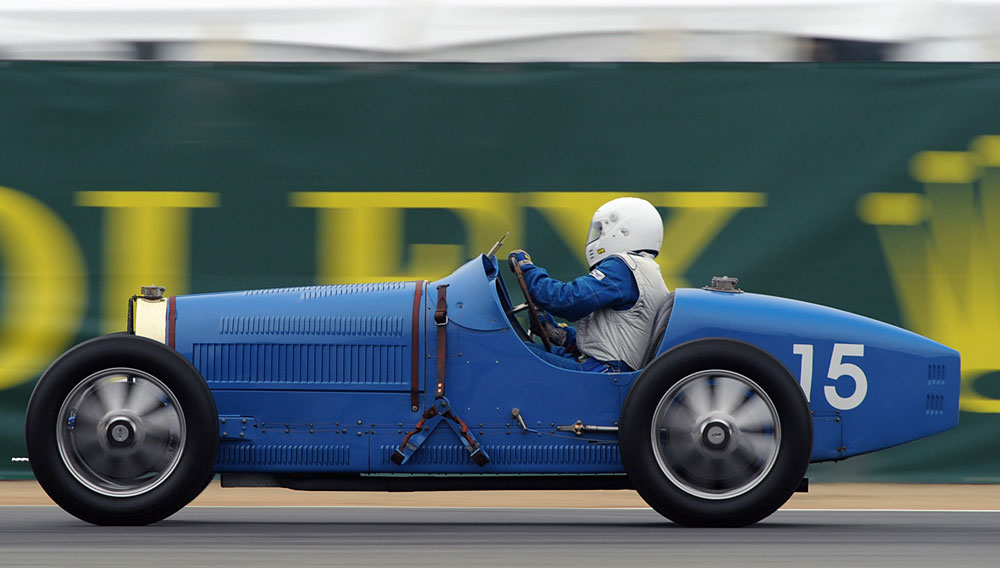 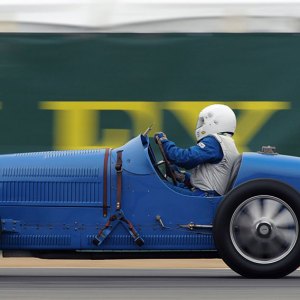 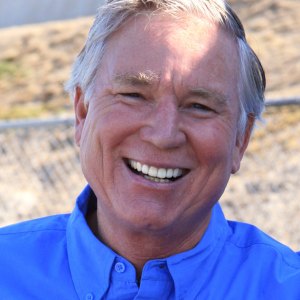 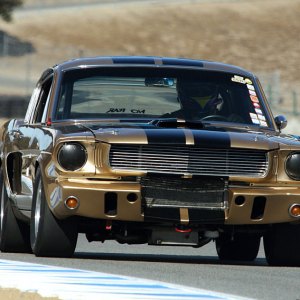 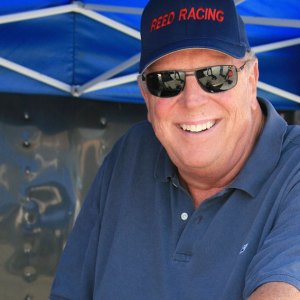 Some 900 car enthusiasts applied to participate in this year’s Rolex Monterey Motorsports Reunion, an annual event held August 19 through 21 at the Mazda Raceway Laguna Seca in Monterey, Calif. The 564 participants were selected based on their car’s authenticity, provenance, and mechanical and period correctness. Among them were several Robb Report readers, including Jim Reed, president of Clarke Garvey Insurance. He has been coming to the Monterey Motorsports Reunion for 15 years, although his racing career has been much longer: 23 years, to be exact. Reed has had a passion for performance automobiles ever since he started street racing when he was a kid.

This year, Reed is racing his 1966 Shelby GT350. The reason he chose this car, he explains, is, “At 6 feet 3 inches, I can actually fit in the car. Plus, this is the era I grew up in.” He says that at the time, an early Shelby Mustang was a good entry-level car, although they have since appreciated considerably in value. In addition to his Shelby, he has an eclectic collection that includes a 1972 Dodge Challenger, a 1965 GTO, a Jeep CJ7, a 2007 Shelby GT500, a 1967 Camaro racecar, and the “Deathmobile ” from Animal House (one of three extant).

In terms of preparing the car for competition, Reed has a mechanic who does most of the work, and prepping for the Reunion began about three months prior to the race event. Unlike many racecars, Reed’s GT350 is raced often, the Reunion being its sixth outing this year alone. Preparing for this race also requires a considerable investment. “Take the price of the car, multiply times two, and that might be what you are going to pay,” he says. If nothing breaks at the race, Reed says the average cost per race weekend (in prep) is about $4,000 to $5,000. When Reed blew an engine at another race, though, it cost nearly $30,000 to repair.

Comparing his experience in both modern and vintage racing, Reed prefers the vintage over the new, simply because modern racing is more “cut-throat.” With years of experience, he’s learned a few lessons. “Rash moves don’t work. You have to be observant.”

Craig Barto, president of Signal Hill Petroleum, was another longtime Robb Report reader participating in the race with his rare Bugatti Type 51. Racing for about 10 years, Barto also owns some contemporary performance cars, including a Porsche Carrera GT, a Porsche Turbo S Cabriolet, an Aston Martin AR1, a Mercedes-Benz SLS Roadster, and a Mercedes-Benz G-Wagen.

A significant historic racecar, the Bugatti Type 51 was developed to beat Alfa Romeo at Monaco. Bugatti took the successful Type 35 and added the advanced dual-overhead cam design by Miller to the supercharged straight-eight engine, beating the Alfas in 1931. Preparing a prewar racecar takes many hours and a dedicated crew. Barto says that while the car was in good shape when he bought it, the cost of typical race preparation can range from a few thousand dollars to nearly $60,000, which entails magnafluxing all aluminum parts and completely going through the car.

The adrenaline—and the people—is what Barto enjoys most about the sport. Along those lines, he explains one benefit to racing as “keeping history going.” To that end, he has been coming to the Reunion for about 18 years.

Besides racing, Barto and his wife, Gigi, take the Type 51 on Bugatti rallies. To Robb Report readers contemplating vintage racing or with an interest in vintage cars, Gigi says, “I would recommend all readers come to the Monterey Motorsports Reunion. It’s an unbelievable experience, and you’re really missing out if you don’t come to the races.”