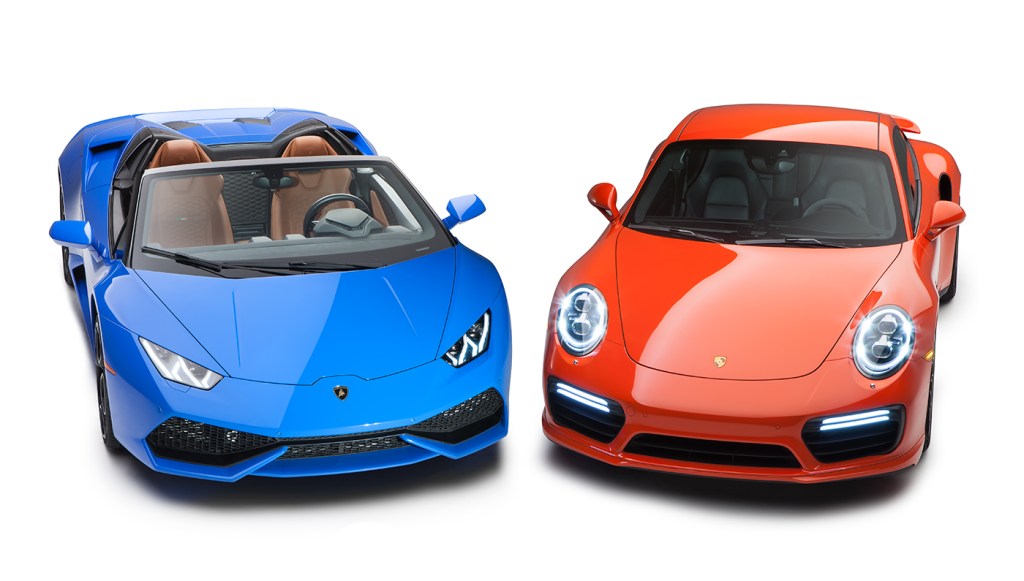 Robb Report's Car of the Year contest ended in a tie between the Lamborghini Huracán Spyder and the Porsche 911 Turbo S.
View Gallery — 8   Photos 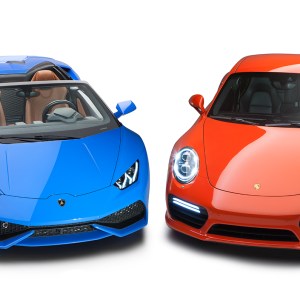 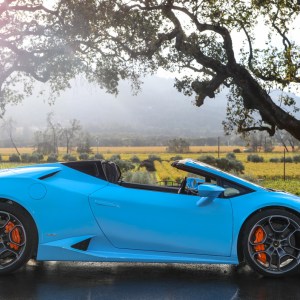 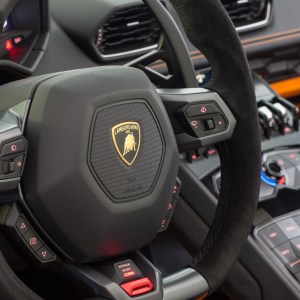 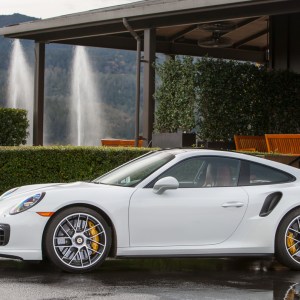 For automobile aficionados, the suspense is over and the debate can begin now that Robb Report’s 2017 Car of the Year has been announced this morning by the magazine’s managing director, David Arnold, on CNBC’s Squawk Box alongside reporter and editor Robert Frank. The annual competition’s most recent edition, featured in the publication’s April issue (on newsstands today), was held in California’s Napa Valley from October 28 through November 9. The results caught everyone by surprise, however, as the 13-car contest ended in a split decision for the first time in the event’s history. When the dust had settled, two titans were left to share the title for 2017—the Lamborghini Huracán Spyder and the Porsche 911 Turbo S.

Although the well-worn sports cliché that compares a tie to kissing one’s sister (or brother as the case may be) usually has merit, this draw doesn’t disappoint. Rather, the conclusion is compelling because it stands as a testament to the current state of high-performance vehicles and the marques that make them.

“The quality from the manufacturers continues to improve every year,” says Arnold. “Having approximately 200 judges review these cars and end up with a dead heat shows how challenging the field is. This year’s record luxury car sales also reflects the demand for this product segment.”

A refined Raging Bull with plenty of charge, the Lamborghini Huracán Spyder (starting at $262,450) boasts 610 hp yet is so approachable that it could easily be a daily driver—albeit one that crushes any commute. Its power train teams a 5.2-liter V-10 engine (with 413 ft lbs of torque) with a 7-speed dual-clutch gearbox. The coupling allows the Huracán (the name is Spanish for “hurricane”) to blow from zero to 62 mph in 3.4 seconds and reach 201 mph—a rate just shy of the base wind speed found in an F4 tornado.

“With its combination of performance and comfort, the Huracán is probably Lamborghini’s best car ever, despite having two fewer cylinders than its big brother, the Aventador,” says Robb Report’s automotive consultant, Robert Ross. “It’s all about balance, with inimitable style.”

But while the Lambo led for much of the 13-day deliberation, the Porsche 911 S (starting at $188,100) proved to be a fine-tuned tempest of its own and curried a flurry of favor through the homestretch. The 580 hp coupe carries a 3.8-liter twin-turbo flat-6 engine (with 553 ft lbs of torque) mated with the marque’s 7-speed dual-clutch transmission—a duo that allows the all-wheel-drive juggernaut to jump from zero to 60 mph in 2.8 seconds and land at a top speed of 205 mph.

“Like Thanksgiving Day, Porsche’s venerable 911 Turbo has been coming around for what seems like eternity, but unlike annual holidays, gets more exciting with every passing year,” says Ross. “This Turbo S is a car everyone can enjoy, every day, without fanfare and—if you please—without turning too many heads. Call it the discreet supercar solution.”

During the fortnight of festivities, Robb Report editors collaborated with industry experts and influencers to road test a collection that, aside from the winners, included models from Aston Martin, Audi, Bentley, BMW, Cadillac, Jaguar, Lincoln, McLaren, Mercedes-AMG, Nissan, and Rolls-Royce. “This was the most outstanding offering we have had so far at Car of the Year,” says Arnold, who cites being able to host the group in the renowned wine-growing region of Napa as a personal highlight.

Fittingly, it was the pairing of intoxicating power and performance that earned the Lamborghini Huracán Spyder and Porsche 911 Turbo S variants the victory. But the bragging rights end in 12 months when Robb Report finds a new supercar (or two) superlative. (robbreport.com/coty)