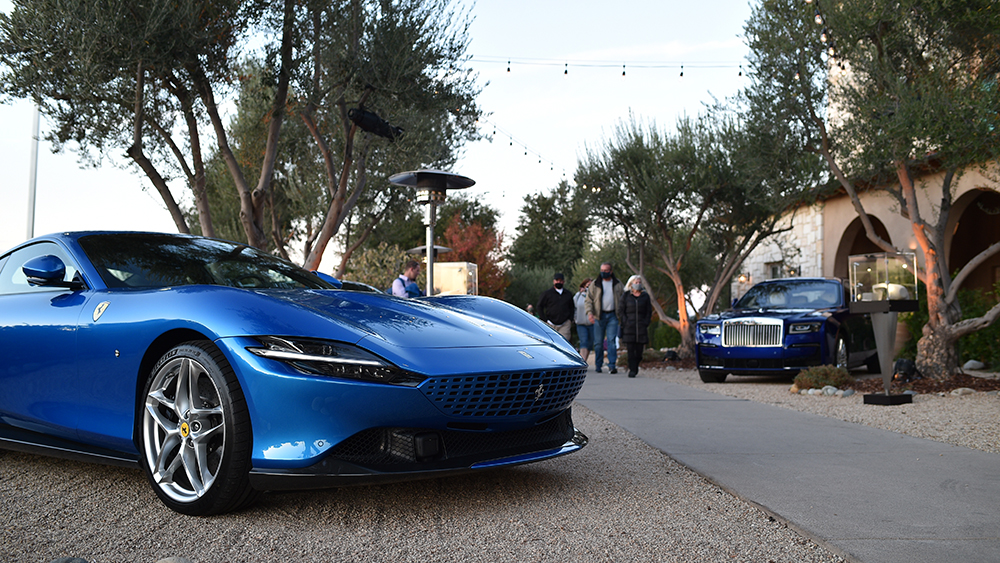 The 2021 Robb Report Car of the Year competition was—against all odds—one of the more notable bright spots in otherwise “interesting times,” the essence of a supposedly ancient Chinese saying that best characterizes our present pandemic preoccupations. Traditionally held during November and December in St. Helena, Calif., and Boca Raton, Fla., respectively, the gathering in Northern California this year was quickly scuttled when much of Napa Valley, home to the Meadowood resort, the event’s longtime base, suffered a wildfire in late September. Then public-health concerns in December preempted the Florida event.

But the spirit of Car of the Year was not so easily shaken. The RR1 team quickly relocated to Allegretto Vineyard Resort in Paso Robles, a tranquil community in Central California about 30 minutes from the Pacific Ocean and home to more than a few world-class wineries. Situated on 20 acres, the Tuscan-style resort proved to be our ideal base for a quartet of driving sessions that showcased the most recent automobile releases—and led to some new revelations.

The routes engaged drivers with open highways and an opportunity to enjoy sweeping twists on undulating two-lane roads that changed elevation through natural landscape, vineyards and bucolic farms, one of them populated by a herd of charming pygmy goats. Stretching the legs of high-performance cars in an idyllic setting, along with prime accommodations and hospitality, added a note of normalcy to our physically distanced gathering. Screening all participants for Covid prior to each three-day wave put the group at ease. Welcome dinners were served in Allegretto’s garden, and the second-night dinners—during which votes were often vociferously cast—were hosted on the expansive patio of Daou Family Estates, whose proprietors, brothers Georges and Daniel Daou, have created one of the most highly regarded vineyards in the region. Especially memorable was their Estate Soul of a Lion, a remarkable Cabernet Sauvignon, Cabernet Franc and Petit Verdot Bordeaux blend every bit as opulent as Car of the Year contenders like Bentley and Rolls-Royce.

Though produced on a smaller scale than the bicoastal program that has been an annual affair for some time now, our more intimate 2021 Car of the Year in Paso Robles proved to be a great celebration. It wasn’t just the fine wine from Daou, Penfolds, Marciano, Cuvaison and the Spire Collection that sweetened the week; haute couture jewelry from Lugano Diamonds added sparkle to the occasion, while rounding out each evening were Cohiba cigars, a post-prandial indulgence most appreciated in times that recommend some mellow relaxation. Guests used the all-new Samsung Galaxy Z Fold2 to see details of the cars, view videos from program partners, complete their votes and commentary, and take incredible photos from the day.

Here’s to the best new automotive offerings, and a brace of winners!