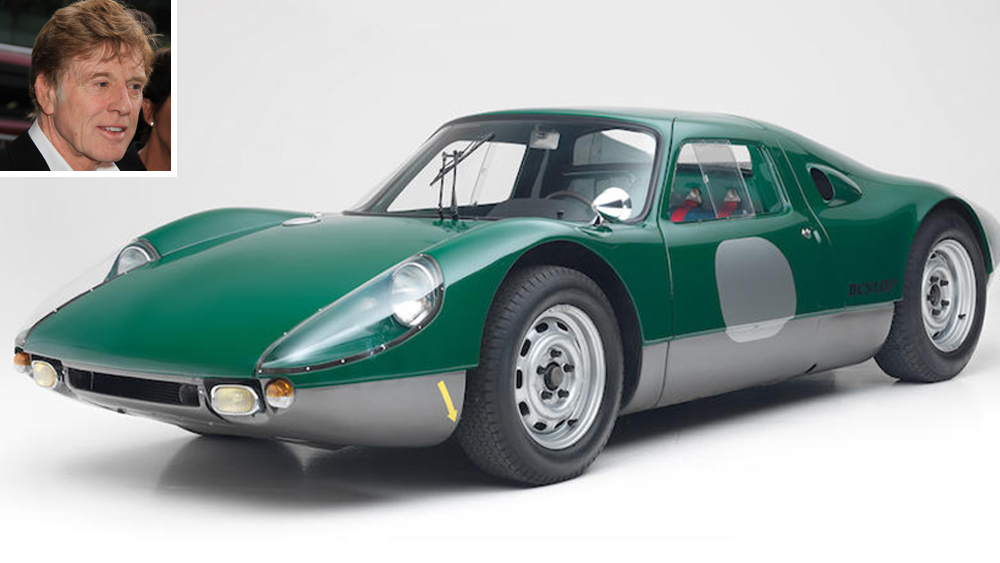 Few, if any, of us will ever get the chance to be as cool as Robert Redford was in the 1960s, but we can at least drive one of the cars he did that decade.

A 1964 Porsche 904 GTS that once belonged to the All the President’s Men star is scheduled to go up for bid next month as part of Bonham’s Les Grandes Marques du Monde a Paris auction. The vehicle isn’t just noteworthy because of its one-time owner—it’s also a wonderfully maintained example of one of the best-looking race cars of the era.

Having withdrawn from Formula 1 at the end of the 1962 season, Porsche’s motorsport division decided to refocus its efforts on sports car racing. The result was the 904 GTS, a curvaceous rocket on wheels that was powered by a mid-mounted four-cylinder engine. The car would only compete for two years but would do itself proud, with impressive showings at Spa, Nürburgring and Le Mans, just to name a few.

Redford’s example is one of only 100 road-legal units of the car that were built to meet the Fédération Internationale de l’Automobile’s homolgomation requirements. This particular example, chassis no. 904 012, rolled off the line with a silver finish, but its lightweight fiberglass body was painted Irish Green when it was restored in the early 1990s. Inside, you’ll find a stripped-down interior and blue seats with racing harnesses. Under its hinged rear body sits a period-appropriate 2.0-liter 911 engine, identical to the mill that would have been found in the last 904s. Even though the car’s motor was swapped out for one in better condition, it still features its original transaxle.

This particular 904 GTS left Porsche’s Zuffenhausen factory in January of 1964, and would actually compete in races that year. Redford would acquire the car two years later and hold on to it for the better part of a decade. Since then, it has passed through the hands of a number of collectors, before finally ending up in Belgium.

If you’d like to bring Redford’s 904 GTS back to America, you’ll have your chance when it hits the auction block on Feb. 3. Prepare to spend big, though: Bonhams expects the car to sell for somewhere between between $1.5 million and $1.7 million.

Amazingly, that just might be a bargain, especially considering the car’s star-studded pedigree.

Check out more photos of Robert Redford’s old 904 GTS below: