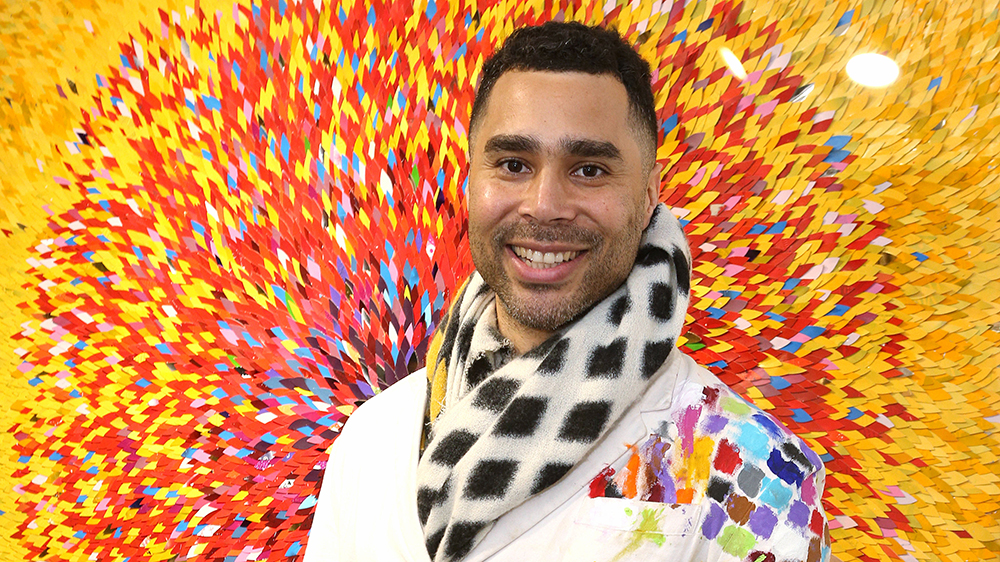 Over the past year, we’ve seen some stellar examples of upcycling—ocean trash has taken the shape of Prada travel totes while plastic bottles have appeared in Ralph Lauren polo shirts—but this latest one’s a real humdinger: Discarded Aston Martin parts will be used to create a new series of exuberant artworks.

Today, the legendary British marque announced that contemporary artist Robi Walters will assume the role of artist-in-residence and embark on an ambitious new project which coincides with a defining moment in Aston Martin’s history: the production of the company’s inaugural SUV, the DBX.

Over the next year, the London-based artist will collect junk from Aston Martin’s three production sites in Gaydon, Newport Pagnell and St Athan—the latter of which is a brand new manufacturing facility in Wales where the maiden DBX models will be built—and create innovative artworks which pay homage to the marque’s legacy.

Artist Robi Walters in front of Aston Martin.  Courtesy of the Artist

Thankfully, upcycling is something Walters is well-versed in: His body of work includes a vast array of mixed-media pieces that center around discarded objects, like broken vinyl records or defunct household items. Typically, Walters arranges the fragments into mesmerizing lotus-like forms that relate to his interest in meditation, something which he practices to counter a traumatic and disruptive childhood. He aims to push boundaries, taking risks and displaying vulnerability to inspire others to do the same.

During the residency, Walters will also collaborate on special projects with Aston Martin’s vice president and chief creative officer Marek Reichman. “Special projects” sounds decidedly ambiguous, but we have spied a few pics of the artist graffitiing a DB11.

“I am so thrilled and excited about this partnership. To work closely with Marek Reichman developing creative projects and making pieces of art from materials that don’t make it into the iconic sports cars will push me into new areas as an artist and I just can’t wait,” Walters said.

So far, imagery is scarce, but the marque has released a teaser video to get the artsy Aston Martin enthusiasts excited.