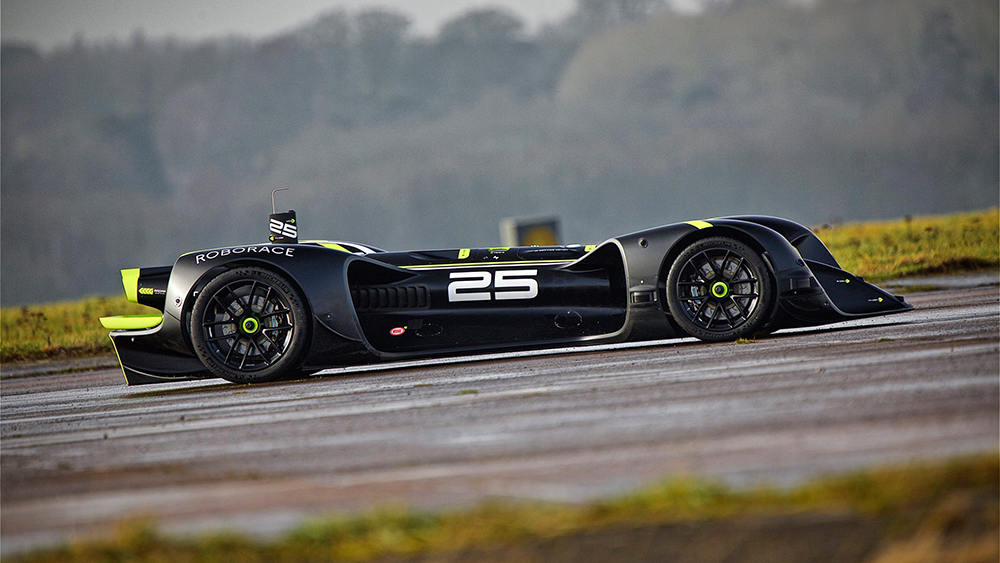 For many people, driverless cars conjure images slow-moving experimental buses shuttling people around or sedans outfitted with strange-looking contraptions on the roof. But the folks at Roborace, the world’s first autonomous racing competition, are continuing to do everything they can to flip that notion on its head.

Earlier this year, the Roborace Robocar became the world’s fastest autonomous car when it reached an average top speed of 175.49 mph over two runs at a British airfield, according to CNET. Though the feat was accomplished months ago, the news didn’t come out until late last week when the latest Guinness Book of World Records was released.

With autonomous cars still in their infancy, the record keepers at Guinness determined that the Robocar would have to eclipse a top speed of 160 mph in order to set the record during runs at Elvington Airfield in Yorkshire this past March. The car easily succeeded in doing so, with its record-setting speed average confirmed by the UK Timing Association, according to Race Tech.

Having first debuted in March of 2017, the Robocar prototype is powered by four electric motors that combine to output 700 hp. Last year, it became the first fully autonomous vehicle to successfully complete the famous hill climb at Goodwood. The main goal for the car, like Roborace itself, is to continue pushing the boundaries of autonomous automotive technology, including self-driving software, further.

Of course, while the Robocar may be the fastest autonomous car out there, it still has a ways to go before it can compete with its human-driven cousins. Dozens of production cars from the likes of McLaren, Hennessey and Koenigsegg can easily outrun the Robocar. Just last week, Bugatti loudly trumpeted the fact that a modified Bugatti Chiron had broken the 300 mph barrier, becoming the world’s fastest supercar in the process.