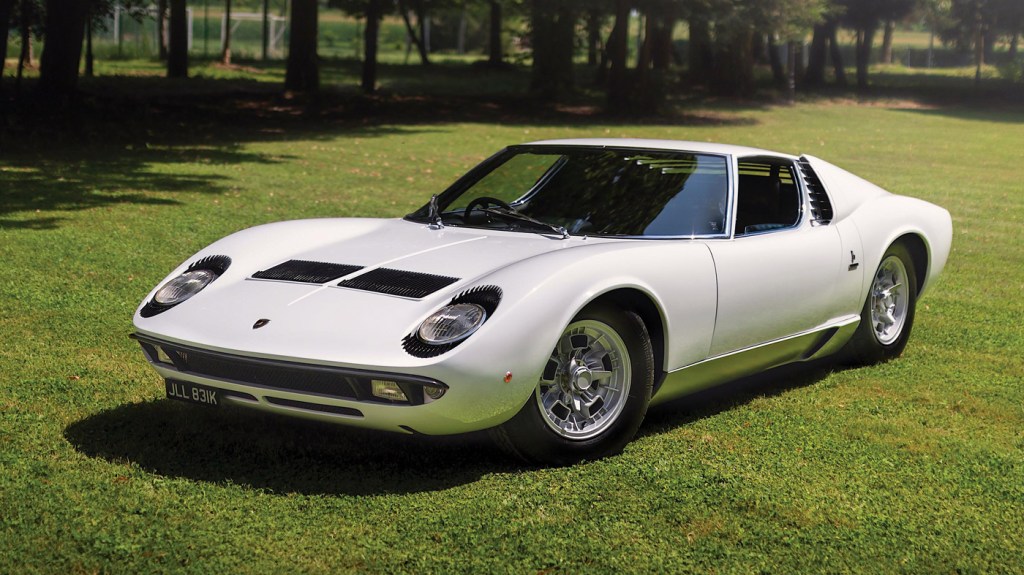 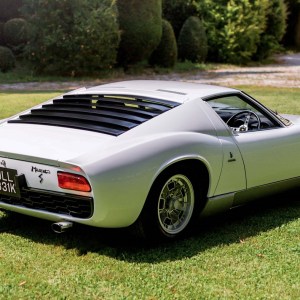 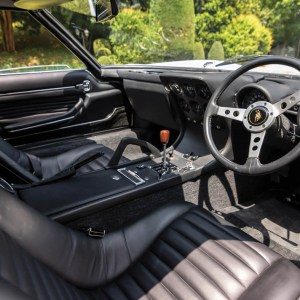 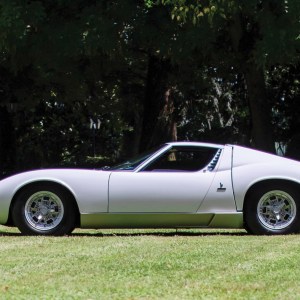 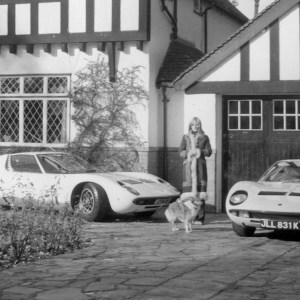 Some guys have all the luck. Back in 1971, rock and roll legend Rod Stewart took delivery of this stunning Lamborghini Miura P400 S—presented in Bianco over Nero—from Lamborghini Concessionaires in London. It was right-hand drive and fitted with rare factory air conditioning and seatbelts. At the time, Stewart was an enthusiastic Lamborghini customer, so the car joined a second 1971 Miura already in his driveway.

Unusual for him, however, the “Maggie May” singer kept the P400 for several years before selling it on. The car then went through a number of owners, including one who decided to upgrade the car to Miura SV specification, adding wider rear fenders, upgraded brakes and suspension, and modifying the throaty 4-liter V-12 to give an extra 15 hp.

After the current custodian acquired the car in 2014, he took the opportunity to return the vehicle to its historic, original configuration. He dispatched the Miura to Lamborghini’s in-house restoration department, Lamborghini Polo Storico in Santa’Agata Bolognese, Italy. There, it was painstakingly restored at a cost of roughly $460,000.

In addition to magnificently detailed records and extensive photography put together by Polo Storico, the car comes with a grainy, though special 1971 photo. It captures Stewart’s then-girlfriend, model Dee Harrington, standing with his two Miuras, including this one, in front of the singer’s suburban London home. Certainly a case of every picture telling a story.

On September 5, this spectacular, ex-Stewart Miura—said to be among the best-restored, most-correct examples available—will be offered at RM Sotheby’s Battersea Evolution auction in central London. The auction house estimates the Miura’s value to be as high as $1.8 million. But do we think it’s sexy? No question.