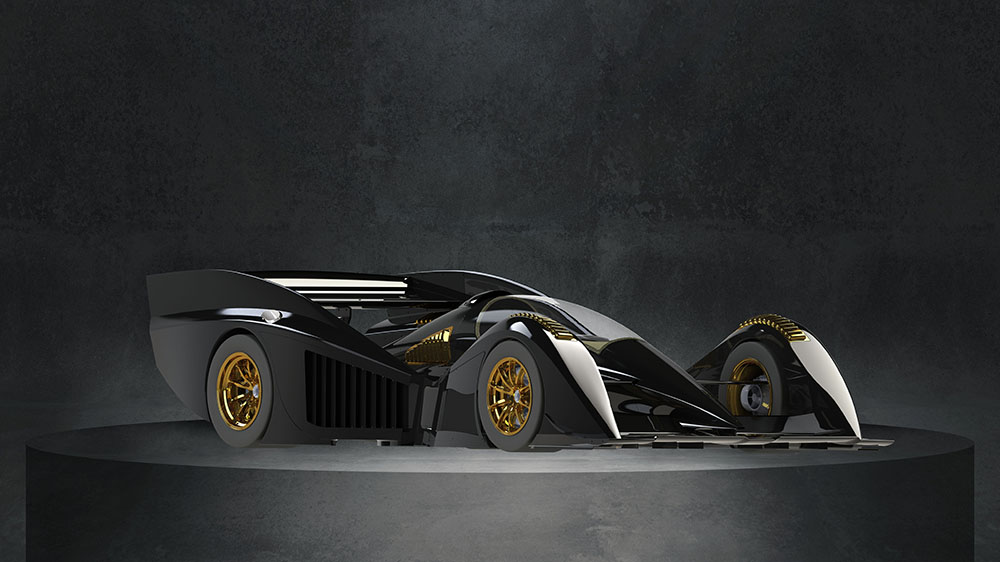 The world is about to get another hypercar, and this one looks fit for a superhero.

Rodin Cars just announced that its track-only monster, the FZero, is officially going into production. The company isn’t trying to temper expectations for its follow-up to the open-wheel FZed, either. It says it’s aiming to create the “fastest car around track, without exception.”

Three years after first teasing the vehicle, Rodin feels its “no-limit” hypercar is finally ready for its moment. It will be interesting to see how the car turns out, because the company is certainly promising a lot. Its hybrid powertrain consists of a “revolutionary” 4.0-liter twin-turbo V-10 aided by an electric motor. Ricardo says the bespoke setup will be able to pump out a total of 1,160 horses and 757 ft lbs of twist. Thanks to all that grunt, the car will be able to hit a top speed in excess of 224 mph.

Just as outlandish as the car’s claimed performance is its design. We’ve described cars as looking like the Batmobile before, but this is especially true of the FZero. Its black and gold color scheme, bubble cockpit, giant fenders and even bigger rear wing give it the look of something the Caped Crusader could have driven in one of Tim Burton’s two Batman films. The design, as outlandish as it may be, serves a purpose. The vehicle was shaped to be as aerodynamic as possible and will help produce a claimed 8,818 pounds of downforce.

The FZero will also be extremely large. The car stretches over 18 feet bumper to bumper and is 7.2 feet wide. Despite this, it’s got a very low profile, with its highest point just 3.7. feet above the ground. Somehow, it will also be a true lightweight, tipping the scales at just 1,539 pounds. Even for a track-only beast that features copious amounts of carbon fiber, that’s feather light.

“The Rodin FZERO is the physical representation of the ultimate heights in vehicle performance. Without the restrictions of building to a set of rules, we are able to make the car lighter, more powerful, and produce significantly more downforce,” founder David Dicker said in a statement. “The only real restrictions we face are the laws of physics, and we have even pushed those to the absolute limit. We look forward to bringing the most intense driving experience conceivable to tracks around the world.”

Rodin has said the first FZero will roll off the line next summer. No price has been announced for the vehicle, but we expect it will be steep, especially since the speed machine will be limited to just 27 examples. There are also reports that a road version is in the works as well. Stay tuned.

Click here to see all of the photos of the Rodin Cars FZero.