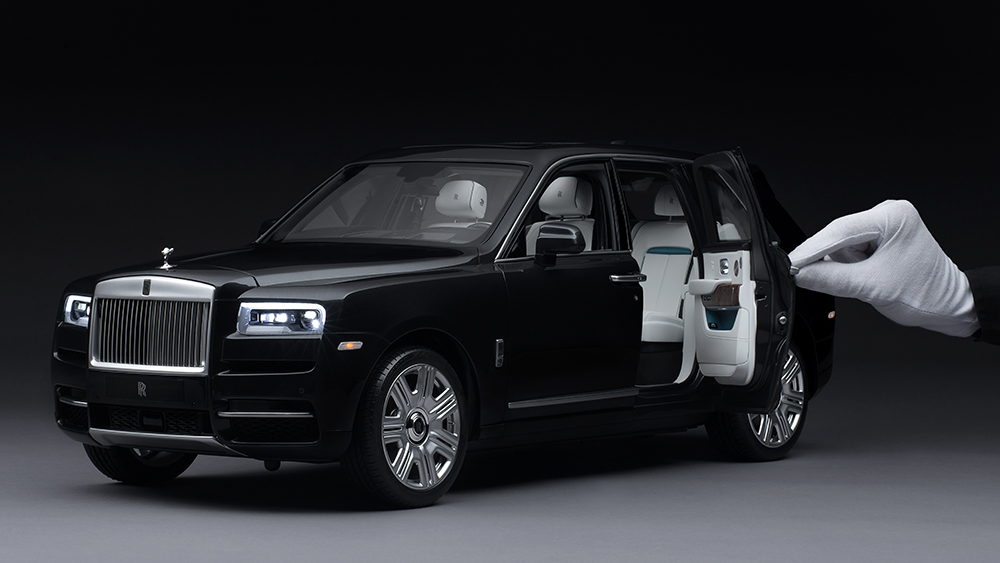 The Cullinan is easily Rolls-Royce’s tallest vehicle. But if you’ve ever wished the company would make a more compact version of the full-size SUV, you’re in luck. Just don’t expect to spend too much time behind the wheel.

The famed British automaker is now offering a 1:8 scale replica of its first utility vehicle, according to a press release. And because this is Rolls-Royce we’re talking about, the marque has gone all out with the model, miniaturizing every single aspect of the vehicle.

In fact, the smaller Cullinan is so detailed, you’ll need to have a pair of human hands next to it to know it’s not full sized. The miniature Cullinan measures 26 inches long, 10 inches wide and nine inches tall, and it comes with a nearly 40-inch long display case.

It’s not just the body that has been shrunk down, but every single one of its major components. Rolls-Royce says the mini Cullinan features over 1,000 individual scale parts. While that would be impressive enough, many of those touches aren’t just there for decoration—they actually work. The model comes with a remote that controls its headlight and taillights. When you open any of its doors, the kickplates light up. And, just like Roll-Royce’s other vehicles, the scale model SUV can be fully personalized. So, if you want it to look exactly like the Cullinan already sitting in your driveway, no problem.

“This scale replica brings a new dimension to Cullinan’s Effortless, Everywhere philosophy,” CEO Torsten Müller-Ötvös said. “It demonstrates, and reminds us as a company, that inspiring greatness applies at every scale. It is not just about the big things: We seek and achieve greatness in everything we do, down to the smallest item and minutest detail.”

All in all, each Cullinan replica is said to take 450 hours to produce, about half the time that goes into making its full-sized sibling. And you pay for that labor should you choose to buy one. The model Cullinan starts at $17,000. If that sounds like a hefty sum for a model car, it’s actually at the lower end of the price spectrum for replicas this detailed. Indeed, car enthusiasts have been be known to shell out as much as $85,000 for models of their favorite cars.