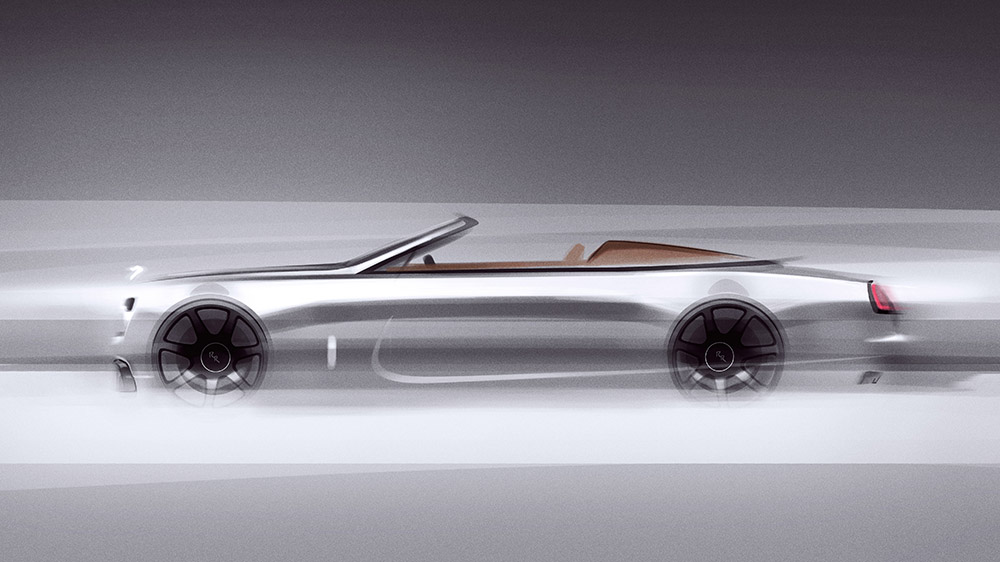 Why let Bentley have all the fun? Following the debut of two bespoke limited-edition vehicles from one of its fiercest rivals, Rolls-Royce has teased one of its own—the Dawn Silver Bullet Collection roadster.

One of the British marque’s oldest models, the Dawn will be its first vehicle to get the Collection Car treatment this decade. The automaker wants to kick off the 2020s by paying tribute to the glitz and glamour of last century’s Roaring ’20s.

Drawing on the “fabled roadsters” of that era for inspiration, the limited-edition convertible is meant to blend nostalgia and “sophisticated innovation of the future,” according to a press release. While the brand has yet to reveal final images of the two-door, a series of obscured renders hint at what drivers can expect from the treatment. And true to its moniker, there’s a whole lot of silver.

The images hint at a sleek, retro-inflected roadster. Though it’s all but impossible to make out any details, Rolls-Royce did make sure to highlight one feature—the Aero Cowling. According to the brand, the cowling gives the car a high-shouldered silhouette, heightening the sense of speed and purpose. While silver dominates the exterior, the vehicle features dark detailing, including on headlights and bumpers. Inside, you’ve find a mixture of the old and new, including a carbon-fiber fascia and a quilted transmission tunnel.

“The Dawn Silver Bullet Collection is an ode to decadence, to frivolity, to heady heydays and irreverent pastimes,” the brand said in a press release. “Traversing the landscape with supreme accuracy, travelling great distances with speed and precision, this iteration of Dawn, is, like a silver bullet.”

Limited-edition Rolls-Royces are nothing new, of course, but the Dawn Silver Bullet Collection is especially so. The brand has announced that only 50 examples of the stylish roadster will be produced. Pricing info has yet to be made available, but you can expect the cost to reflect the car’s rarity.