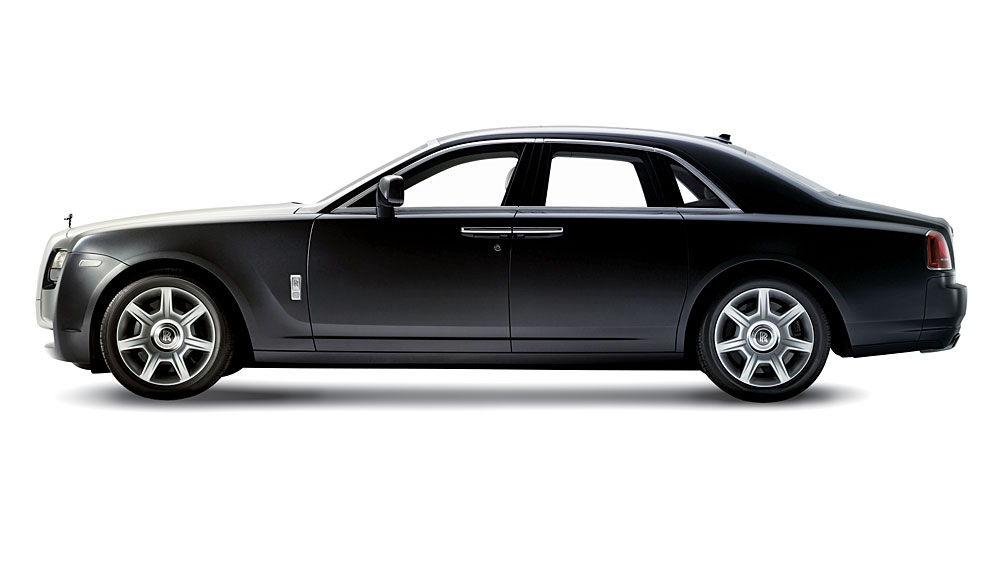 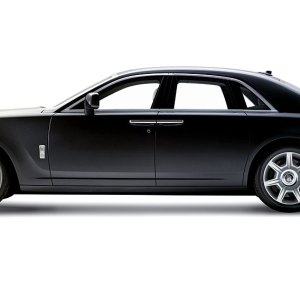 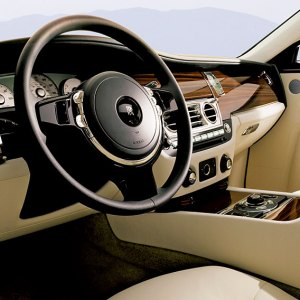 Its many silver parts and flawless showing in a nearly 15,000-mile time trial over crumbled roads made the first-born Rolls-Royce Ghost both excessive and successful. Today, 103 years later, its successor, the 2010 Rolls-Royce Ghost, can lay claim to the same levels of craftsmanship and high performance—only now, honed by a century of refinement.

More than 17 inches shorter, 350 pounds lighter, and about $135,000 less expensive than its sister specter the Phantom, the smaller sedan in Rolls-Royce’s ultra-majestic lineup (priced from $245,000) offers gratifying proof that the British marque is back in its stride after a byzantine change of ownership more than a decade ago and a virtual ground-up rebuilding of the company.

The Ghost is eloquently proportioned, its shape suggesting the long prow, high bow, and scooped stern of a yacht—a pure maritime silhouette that has been a primary element of Rolls-Royce design since the Silver Clouds of the early 1950s.

This fidelity to tradition is reflected in the Ghost’s detailed craftsmanship that has become the hallmark of Rolls-Royce: a 20-day build by 60 pairs of hands; seven days of painting and lacquering; nine hand-stitched hides from bulls raised in pastures without barbed wire to ensure unscarred leathers; and wood veneers that match in texture and pattern thanks to Rolls-Royce’s credo of one car, one tree.

Yet the Ghost is, at the same time, as far removed from tradition as its recessed, decidedly un-Grecian grille, which departs from the stark, angular prominence of the past century. No example of cutting-edge technology—not surround-sensing cameras, iDrive, or intelligent handling systems—is absent. The engine in this, the most powerful Roller ever, is a modern, mighty, BMW-sourced biturbo V-12 that generates more torque than horsepower.

Still, the Rolls-Royce motoring experience remains focused on quiet riding, cosseted occupants, and comforts that reduce rather than elevate one’s pulse. Thus the cooled seats massage passengers’ backs, while the super-heavy rear doors close automatically at the touch of a button. When needed, picnic tables descend in the rear passenger area; Teflon-coated umbrellas conveniently eject from compartments in the doors; and a 600-watt sound system floods the interior with sound worthy of the London Palladium.

Best of the Best? In 1907, Autocar called the first Ghost “the world’s best car.” Both magazine and motorcar are still with us. It is comforting to know that some standards have not changed.