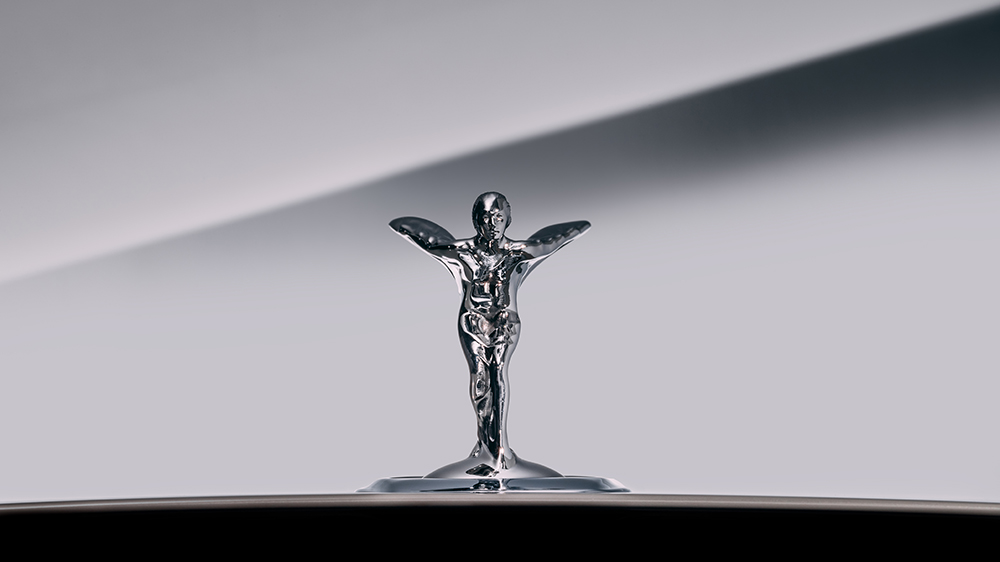 The Spirit of Ecstasy is getting a makeover as Rolls-Royce prepares for its next chapter.

The British marque celebrated its 111th birthday by unveiling a new, more aerodynamic version of the Silver Lady on Sunday. The newest version of the iconic hood ornament will sit on the nose of the brand’s first EV, the Spectre.

If you compare the new Spirit of Ecstasy to the one currently gracing the automaker’s vehicles, one thing will immediately leap out—the difference in size. The just-unveiled version stands 3.3 inches tall, which is a full 0.7 shorter than the current ornament. That’s not the only change, though. Her robes—that’s right, they’re robes, not wings—have been reshaped and her stance has changed. Where once the Spirit stood tilted at the waist, with her legs straight and feet together, she is now slightly crouched, with one bent leg in front of the other.

These changes actually bring the ornament closer in line with the original design by illustrator and sculptor Charles Sykes, according to the brand. They also combine to make the Silver Lady more aerodynamic than ever before. That would appear to be the main reason for the alterations. The Spectre, which the new Spirit adorns, is already Rolls-Royce’s most aerodynamic vehicle yet, with a drag coefficient (cd) of just 0.26, something which will help improve battery efficiency. With a year of testing left to go, the brand expects this figure to improve.

“Like our brand, [the Spirit of Ecstasy] has always moved with the times while staying true to her nature and character,” Rolls-Royce Motor Cars CEO Torsten Müller-Ötvös said in a statement. “In her new form she is more streamlined and graceful than ever before—the perfect emblem for the most aerodynamic Rolls-Royce ever created, and for gracing the prow of our bold electric future.”

The new Spirit of Ecstasy is scheduled to make her debut on the Spectre in 2023, and will then be featured on all new Rolls-Royce models going forward. The current version will remain in use on the Phantom, Ghost, Wraith, Dawn and Cullinan. The new model will also be finished in silver to start with, which means she won’t be banned in the EU like her illuminated predecessor.