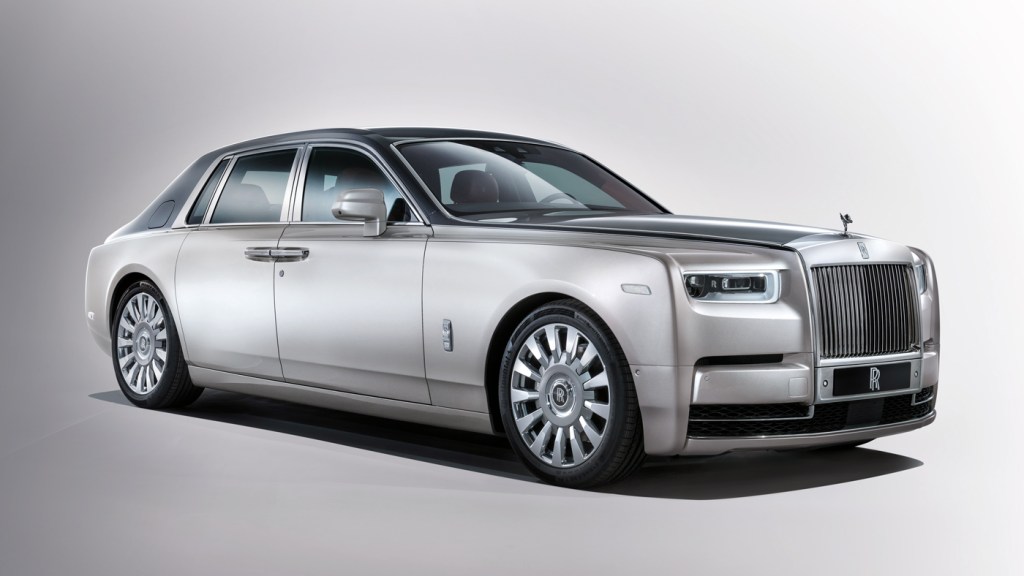 Hardly new, Rolls-Royce’s “Phantom” is the oldest model name in automotive history; the first car under that moniker was made in 1925. Separated by nearly a century, the 2018 Phantom—unveiled today—ushers in the eighth generation of the marque’s flagship, giving a nod to the past while defining the future of luxury as only Rolls-Royce can do.

It’s not every year that Rolls-Royce Motor Cars sends a new model down the runway, and the last new Phantom was released in 2003. Called the Phantom VII, that car replaced the VI version—introduced 35 years earlier! The Phantom VII was a game-changer for the marque, which was acquired by BMW in 1998. Unabashedly monumental, and remarkably fresh, it was so good a car that it catapulted Rolls-Royce into its second century.

Giles Taylor, director of design at Rolls-Royce Motor Cars since 2012, is the man with the responsibility of making the Phantom VIII the best one yet. Seen alongside its predecessor, it becomes clear how much more contemporary the new car appears. Its grille sits higher and is integrated into the surrounding bodywork. The mile-long hood is now without embellishment, the headlamps are new, and the whole shape is softer. But the Phantom VIII still has a formal presence like no other luxury sedan.

Understanding that a Phantom is always an imposing sight, Taylor wanted every occasion of its appearance to engender good will. To that end, the rear of the Phantom VIII is smoother, sleeker and more elegant, with tail lamps that seem to say, “excuse me please, with sincerest thanks” when passing.

The “Architecture of Luxury” is how Rolls-Royce describes the Phantom VIII’s all-aluminum spaceframe chassis, which is lighter and stiffer than conventional unibody designs and employs self-leveling air suspension and four-wheel steering to create a “Magic Carpet Ride,” though one should note that Phantom’s floors are covered in lambs’ wool and not the hot-rod rug in One Thousand and One Nights.

A new 6.75-liter V-12 engine adds twin-turbochargers for greater power and torque, with reduced emissions, developing 563 hp. In addition, it generates 664 ft lbs of torque from only 1,700 rpm. Speed is limited to 155 mph, and 60 mph is achieved from standstill in 5.3 seconds via an eight-speed Satellite Aided Transmission that drives the rear wheels and uses GPS data to determine optimum gearing.

The Phantom VIII welcomes driver and passengers with an understated, pristine interior design in perfect keeping with the marque’s well-bred demeanor. Such refined elegance is not easily achieved, and is a tranquil contrast to other so-called luxury cars whose occupants must operate too many complicated controls and subsystems.

Rolls-Royce has always ensured that the analogue clock is the loudest sound one can hear inside the cabin, and according to its engineers, the Phantom VIII is “the most silent motor car in the world.” This serene environment is equipped with numerous electronic assistants that serve without being asked, and only when needed, including an Alertness Assistant that monitors a driver’s eye movement to warn of impending drowsiness. And Rolls-Royce eschews the practice of other luxury automakers, who brand their entertainment system with someone else’s logo. Instead, Rolls-Royce engineers design a specific system for each model alone. For Rolls-Royce, there is no other way.

The sky is—literally—the limit when appointing the Phantom VIII interior with the Bespoke Option Starlight Headliner. The feature uses nearly 2,000 fiber-optic strands to replicate a specific celestial pattern or the client’s preferred constellation. The expanse of leather, covering almost every surface of the cabin, is supple, soft and flawless.

In contrast to these warm, natural surfaces, one can specify wood paneling in a variety of finishes for door interiors, center consoles, dashboard, and picnic tables. Those tables can combine with rear theater monitors that electrically deploy and retract with the touch of a button. Rear seating can be configured in a variety of ways, including an intimate Lounge Seat and a new Sleeping Seat.

The most novel feature of the Phantom VIII is the Gallery, imagined by Taylor to be an uninterrupted panel of glass that spans the full width of the dashboard and instrument panel. Behind this are essential components like the speedometer and clock, and a much broader expanse that becomes an area to display bespoke works of art. Customers can choose their favorite artist to work with Rolls-Royce, and the factory has already executed Galleries with paintings, feather collages, porcelain roses, and even a gold-plated 3-D printed map of an owner’s DNA. Customers in a hurry, however, can specify a “standard” Gallery in silk, wood, metal and leather.

No carmaker “does” bespoke like Rolls-Royce, whose designers will consult with customers to create a Phantom VIII unlike any other. And that, perhaps, is the true definition of luxury. The Phantom VIII comes stateside in spring 2018, and will be priced from about $450,000.