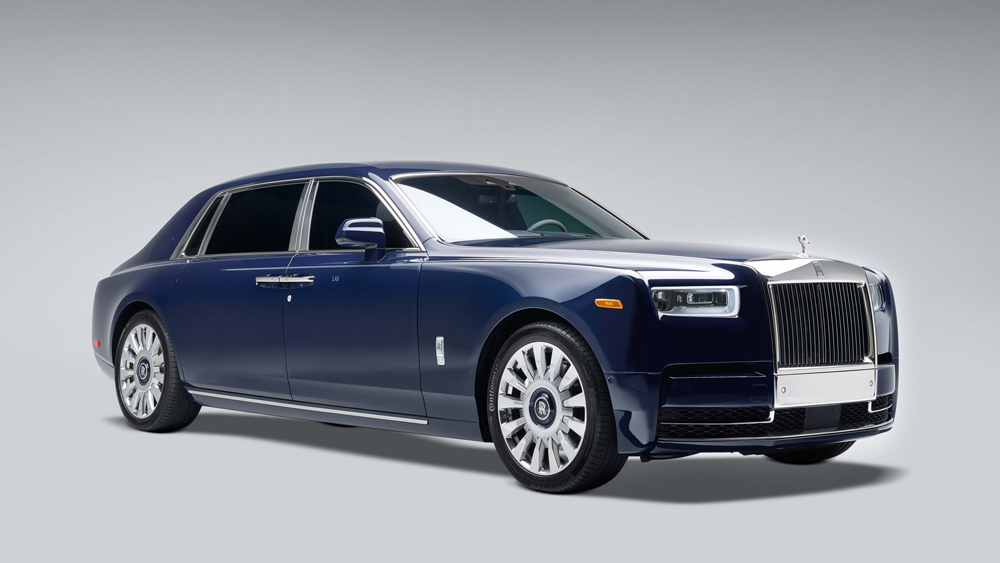 You could say that Jack Boyd Smith Jr. went out on a limb when commissioning his new, one-off extended-wheelbase Rolls-Royce Phantom. Residing in Elkhart, Ind., the industrialist and classic car collector made the request to Rolls-Royce Motor Cars for his vehicle’s exquisite interior to feature one of the rarest kinds of wood on the planet; Hawaiian Koa.

It seems that Smith, whose company Gaska Tape manufactures adhesive tape and foam for the automotive industry, loves Hawaii and anything made of Koa wood. His favorite piece of furniture is a Koa rocking chair that he and his wife Laura bought years ago on Maui.

Normally, sourcing rare timber for a Phantom’s veneers is not a challenge for the artisans at the Rolls-Royce Bespoke woodshop in the UK. But with Koa trees protected in Hawaii, only dead or fallen trees can be harvested. And then, it can only be from private land.

According to Rolls-Royce, the process of tracking down and negotiating to buy a suitable specimen of prized Koa took almost three years. The end result, however, is spectacular. The rich, warm, honey-colored Koa veneer flows across the Phantom’s dashboard, center console, rear picnic tables and doors. It’s even used in a matching picnic hamper that, alone, took more than 500 hours to create.

No wonder, then, that the most complex and priciest bespoke example of the model to be delivered to a US buyer is known as “The Koa Phantom.”

“Now, every time I get into the car, I’m reminded of Hawaii,” says Smith, who is adding the eighth-generation Phantom EWB to his ever-growing collection. Totaling over 60 cars right now, his assemblage includes four other Rolls-Royce automobiles; a rare 1923 Silver Ghost, a 2001 Corniche convertible, a 2011 Phantom Drophead and a 2015 Phantom.

The Starlight Headliner presents the constellations in the night sky in Cleveland, Ohio, on the night of Mr. Smith’s birth.  Photo by Grant Beachy, courtesy of Rolls-Royce Motor Cars Limited.

But it was another prize from his collection—a Pebble Beach–winning 1934 Packard Twelve—that inspired his latest Phantom’s stunning deep-blue exterior color. And here was yet another challenge.

Matching the exact shade of “Packard Blue” took more than 40 attempts. To help with the process, Smith even had a fender from his Packard removed and shipped to Rolls-Royce headquarters in Goodwood, England.

As Koa is protected, the wood had to be acquired after the tree fell on its own.  Photo by Grant Beachy, courtesy of Rolls-Royce Motor Cars Limited.

Complementing the stunning paintwork, the Phantom features contrasting Dove Gray hand-painted pinstripes along each side, with the personalized initials “JBS Jr” on the driver’s door and Mrs. Smith’s initials “LAS” on the passenger side.

Other customizations include a solid sterling silver Spirit of Ecstasy ornament on that iconic grille, Dove Gray leather on the interior that also matches the Packard’s cabin, and a twinkly Starlight Headliner with 1,420 fiber-optic lights on navy-blue leather. The pattern depicts the constellations of the night sky above Cleveland, Ohio, on Mr. Smith’s day of birth.

For Smith, who only started collecting cars in 2013 and admits to buying eight classics in one day, his new Phantom was certainly worth the wait, and he refers to it as “a true work of art.” To see the entire JBS Collection, go to thejbscollection.com.