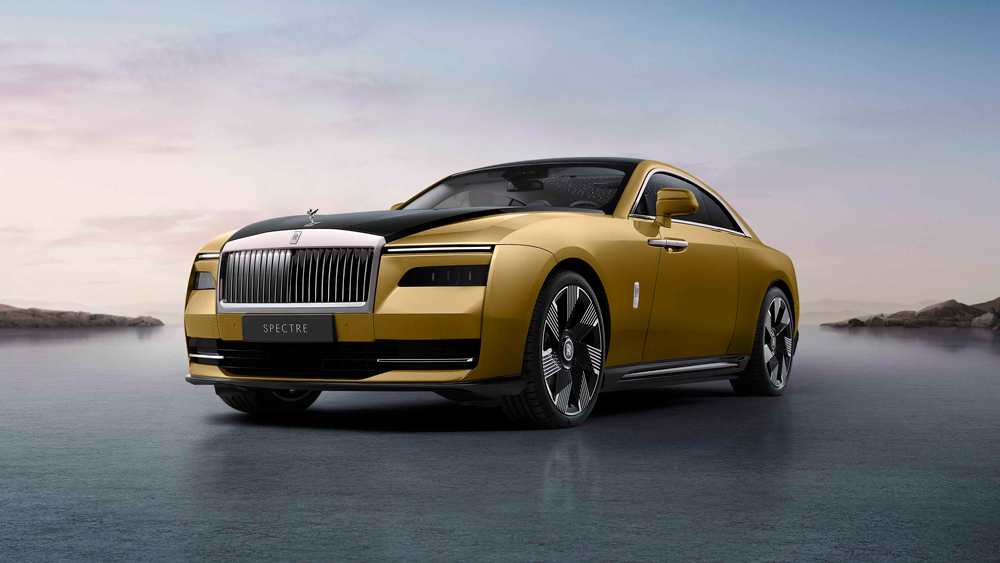 Rolls-Royce hasn’t started building the Spectre just yet, but it’s already looking like a hit.

The British luxury marque’s CEO Torsten Müller-Ötvös recently revealed the brand is already thinking about increasing the production target for its debut EV, according to Electrek. The reason is simple: demand has proven to be “far better” than expected.

Companies like Tesla and Lucid may be slashing prices right now, but Rolls-Royce has found that there’s still plenty of appetite for premium-priced EVs. In fact, Müller-Ötvös told journalists on a conference call that he was actually surprised by the customer interest in his company’s debut battery-powered model.

“The order intake for the Spectre is far better at this moment than we would have expected,” the executive is quoted as saying. “We have a couple of months to go, but if that trend continues then I’m pretty sure we need to adjust our plans.”

No order numbers were cited, but it’s easy to see why the Spectre has turned so many heads. The two-door, which will take the place of the Wraith in the brand’s lineup, is a true “super coupé.” It will have a dual-motor powertrain that can produce up to 576 hp and push the car from zero-to-60 mph in just 4.4 seconds, a number that’s previously only been matched by the Black Badge Ghost. And because its powertrain operates in near silence—sound will actually be piped into the cabin to assure drivers the vehicle is moving—it also has the potential to offer one of the more peaceful rides in the brand’s rich history.

If interest in the vehicle continues apace, it’s not hard to imagine the Spectre becoming hard to get even if it does end up costing a rumoured $400,000. Don’t fret, though. If you can afford a Rolls-Royce, you’ll be able to buy a battery-powered model soon enough. The brand intends to only sell fully-electric vehicles by the time 2030 rolls around.