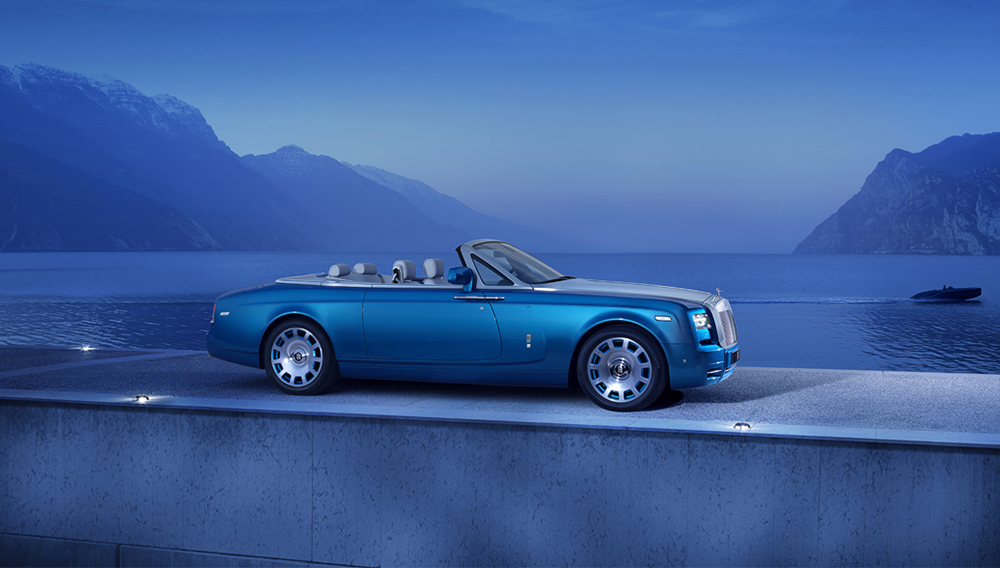 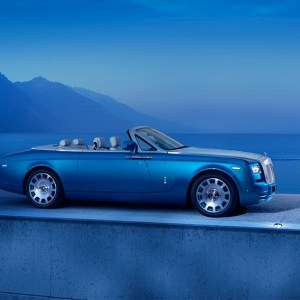 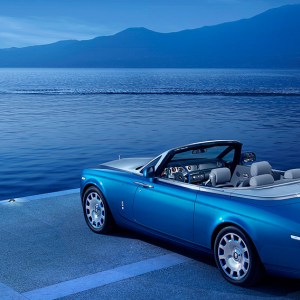 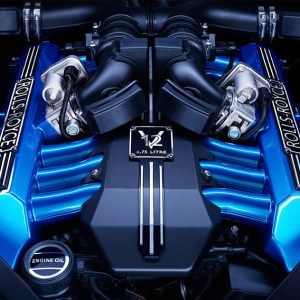 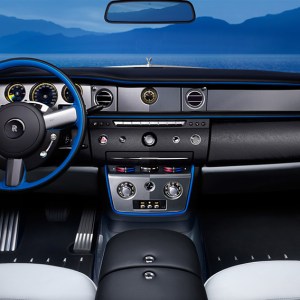 When the Rolls-Royce Phantom Drophead Coupé first rolled off the production line in 2007, it made waves around the globe. Remaining true to the marine-themed exterior of the 100EX concept on which it was based, the Drophead Coupé featured a stainless-steel hood, teak paneling in the cabin, and a two-tone color scheme that delineated the upper and lower bodywork.

Now, with the 2015 Rolls-Royce Waterspeed Collection, the marque is taking its nautical-inspired flagship convertible to the next level. Thirty-five custom-styled Phantom Drophead Coupés will be created by Roll-Royce Motor Cars’ Bespoke department to celebrate Malcolm Campbell’s September 1937 world water speed record of 129.5 mph, which he reached on Italy’s Lake Maggiore in a Bluebird K3 powered by a Rolls-Royce R-Engine.

The first of the 35 Waterspeed Collection models made its official debut on the opening day of the Concorsa d’Eleganza at Villa d’Este, on the shore of Lake Como in northern Italy. Painted in an all-new Maggiore Blue color scheme, the Waterspeed’s exterior coat—which consists of nine layers of paint—is designed to provide the illusion of water flowing over its surfaces. Additionally, for the first time in Rolls-Royce history, this bespoke Drophead Coupé’s engine is painted in a matching color, creating a visually striking homage to the power behind Campbell’s record-setting runs. Another first from the Waterspeed Collection is the inclusion of abachi wood, which has a satiny feel and is intended to mirror the wake left by a boat moving at speed.  With the Waterspeed Collection, Rolls-Royce has created the ultimate land yacht and a new flagship for its fleet. (www.rolls-roycemotorcars.com)