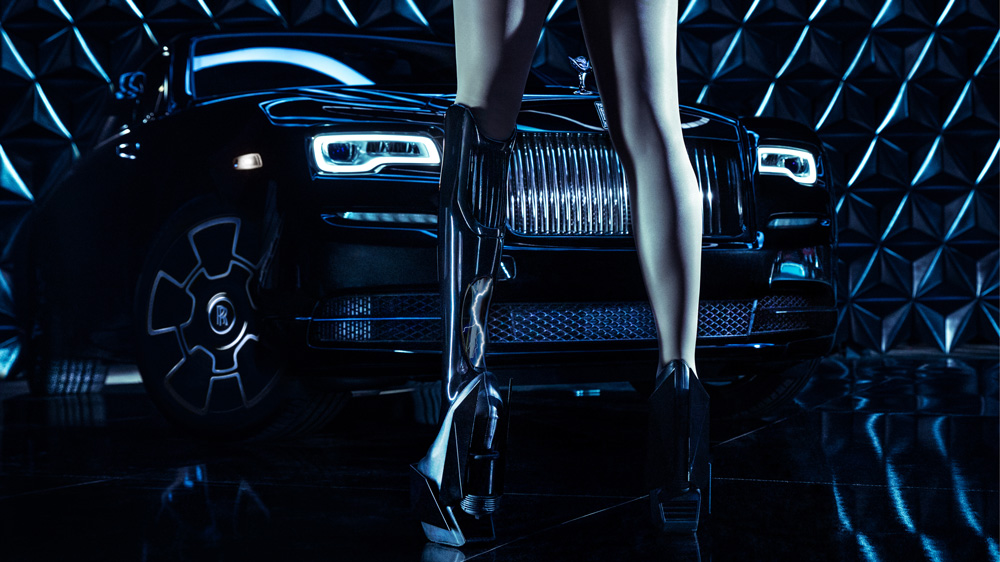 Over the past quarter-century or so, Rolls-Royce Motor Cars has become less associated with stuffy, middle-aged Grey Poupon enthusiasts and more with incendiary (and obviously well-heeled) youth. This isn’t so much the doing of Rolls-Royce. Instead, the rejuvenation can be credited to hip-hop’s obsession with the Goodwood-based marque.

Rolls-Royce models have been featured ubiquitously in hip-hop lyrics and music videos over the past couple of decades. As a result of this association with contemporary music culture, Rolls-Royce is arguably the coolest it’s ever been.

Back in 2016, the company introduced Black Badge versions of the Ghost and Wraith to cater to the sensibilities of a younger audience. As for the vehicles themselves, the Black Badge variants are a little quicker and sport a darker motif with dark trim accouterments replacing the standard cars’ chrome pieces.

Most other automakers would call it a day with those upgrades, but Rolls-Royce took it a step further by defining the Black Badge move as a “lifestyle statement.” Back then, I can recall looking at the Black Badge announcement as a hokey attempt to appeal to hipper audiences, but now, thanks to a new short film Rolls-Royce has recently released, I’m starting to come around.

The British marque partnered with singer-songwriter and actress Viktoria Modesta to show that the company is out to make a statement about its Black Badge models. Modesta, an amputee below the left knee since 2007, is no stranger to the world’s fashion-show runways. Through her work, she’s informing the world that incredible beauty can come in more forms than we may realize.

This short film is a celebration of uncovering unconventional beauty by showcasing the coolest and most elegant prosthetic I’ve ever seen: a foot and lower leg with a Tesla coil inside the heel. Every time Modesta steps with her left foot, the Tesla coil activates, provoking a lightning strike or Jacob’s Ladder effect through the transparent shin.

The film is only 1 minute 12 seconds long, but it says a lot. As a result, Rolls-Royce, rather than just spouting a contrived marketing narrative, is now delivering a message that is helping to evolve perception in a positive way. Looks like a step in the right direction to me.