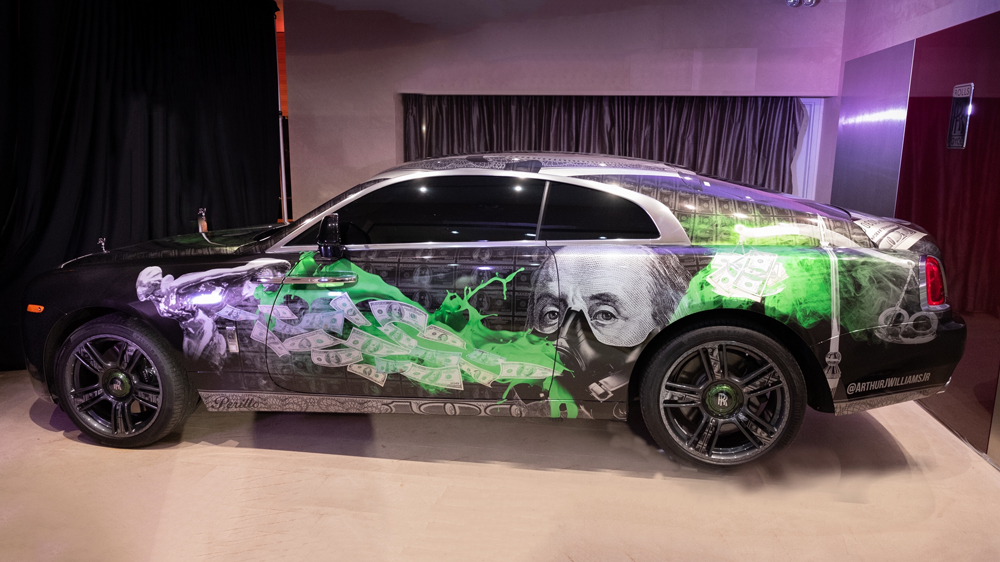 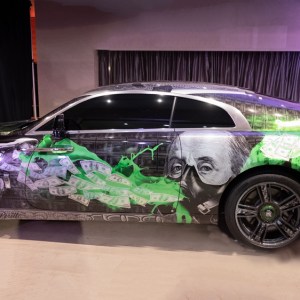 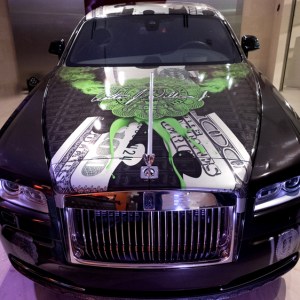 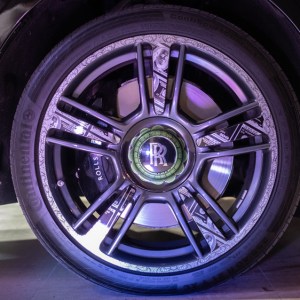 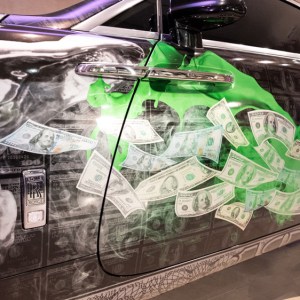 Here’s a fun trick: How do you transform a $320,500 car into an $800,000 car? You turn it into a work of art. That’s exactly what Rolls-Royce Motor Cars Gold Coast in Chicago did when it auctioned off a Rolls-Royce Wraith with a custom paintjob by Art J. Williams, Jr. for charity.

The dealership made an apt choice in selecting their artist; Williams knows a thing or two about added value. In fact, he actually started out as a counterfeiter, with his claim to fame being his ability to reproduce the supposedly unreplicable $100 bill that the U.S. Treasury began issuing in 1996. Some estimates say he printed up to $10 million in false notes. Eventually, the Secret Service caught up to him and he was sentenced to six and a half years in federal prison. He began creating legitimate art behind bars, and the rest is history.

Williams used the Wraith as a blank canvas to tell his personal story in vignettes. For instance, the rear side panel of the car portrays the scales of justice, with money on one side and handcuffs weighing down the scale on the other. Moving forward along the side, Williams depicts Benjamin Franklin’s portrait from the $100 bill wearing a gas mask that provides a buffer from a cloud of paint fumes and money—the toxic elements from the artist’s past. Finally, the front side is decorated with the Rolls-Royce Spirit of Ecstasy logo, which represents a future of freedom.

Going for almost $800,000, the car was clearly the headliner of the auction, but combined with the rest of the lots, the sale generated $1.5 million. This money will go to benefit three local Chicago charities—the Common Ground Foundation, After-School All-Stars, and Replace Guns with Hammers—all of which help children and young people steer away from making bad choices and into more constructive endeavors.