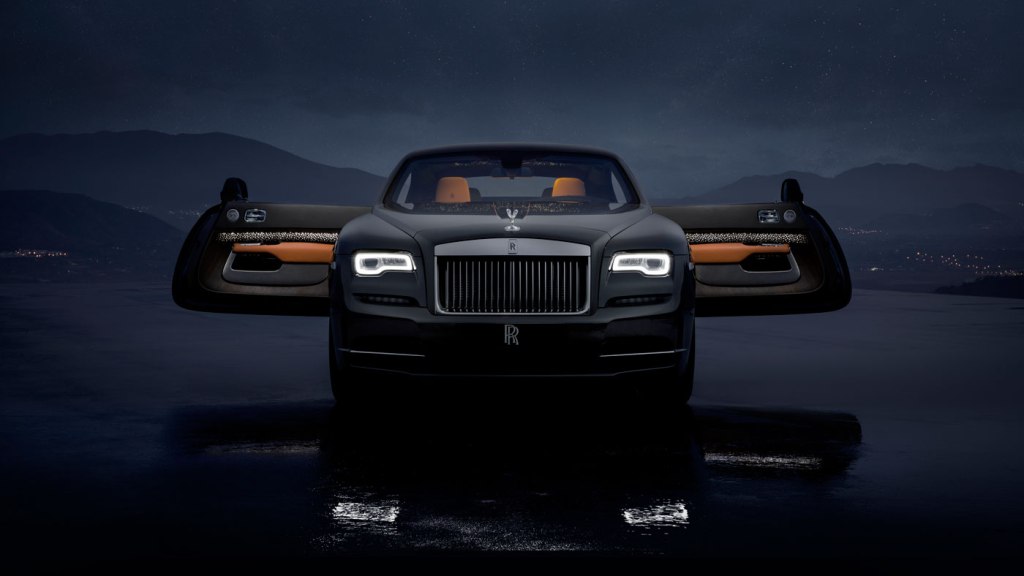 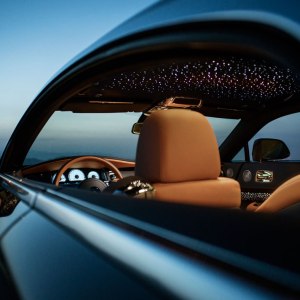 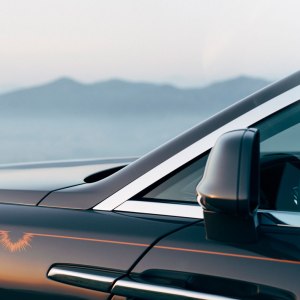 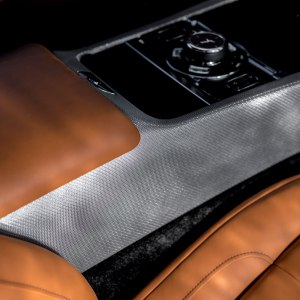 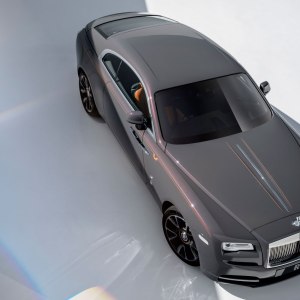 Whether a prewar grand tourer or an early postwar sports car, the most desirable collector vehicles often feature unique body styles and personalized, one-off details. Although the art of custom coachbuilding rarely permeates modern luxury car production, Rolls-Royce is an exception. The leading luxury marque employs a bespoke design division, and its latest limited-edition fastback coupe, the Wraith Luminary Collection, proves that custom coachbuilding may be endangered but is by no means extinct.

The specialized Wraith is clad in sunburst gray with copper tones and accents, such as a hand-painted sunburst motif along the coach line and channel lines on the hood. But while the exterior reflects the coupe’s extraordinary character, the Wraith’s interior is what truly showcases the bespoke nature of the car.

The starlight headliner, a decorative accent that the British automaker has offered for several years, comprises 1,340 fiber-optic lights and—new to the Wraith Luminary Collection—features eight shooting stars that fire randomly when the headliner is activated.

The center control column and door panniers are wrapped in a hand-woven stainless-steel fabric, which contrasts the vehicle’s saddlery leather and the Tudor Oak veneers—wood accents that are the vehicle’s defining feature. And for the first time, the Tudor Oak paneling of a Rolls-Royce has been illuminated with more than 175 LED lights, which are activated by the headliner’s controls and cloak the interior in an ambient glow.

Like other Wraiths that have come before, the Wraith Luminary Collection is powered by a capable V-12 that produces 624 hp and 605 ft lbs of torque. The engine propels the coupe to a top speed of 155 mph (limited). The striking grand tourer can also sprint from zero to 60 mph in less than 4.5 seconds.

With each priced at $402,000, only 55 examples of the Wraith Luminary Collection will be built, and fewer than 20 will be delivered to the Americas. “Indeed, this collection is for the world’s luminaries,” says Torsten Müller-Ötvös, the chief executive officer of Rolls-Royce Motor Cars. “It speaks directly of our contemporary Rolls-Royce brand—progressive and trailblazing, the pinnacle in hand-crafted luxury.”