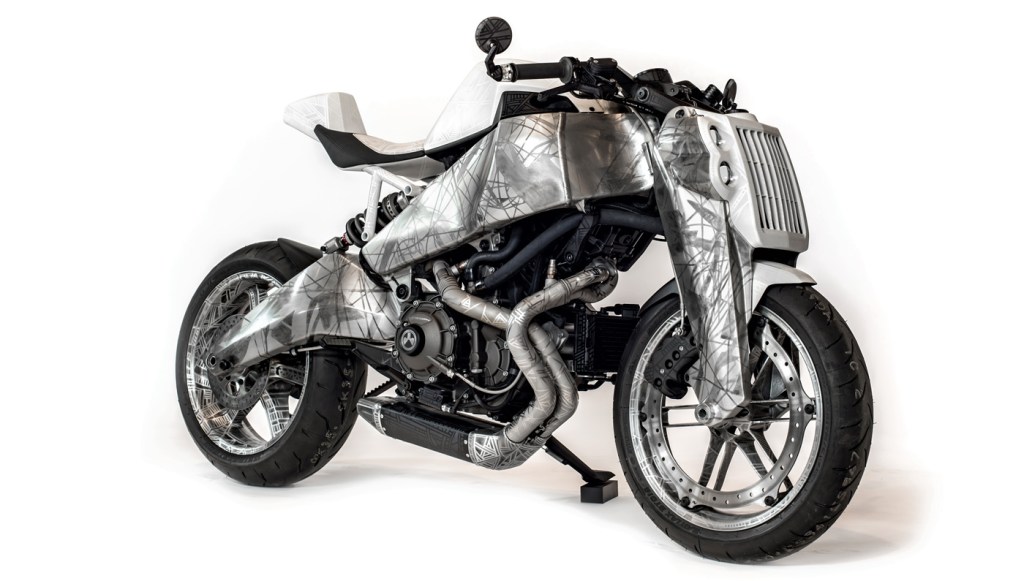 What began 8 years ago as a design exercise by a firearms-accessories company evolved into a limited-release motorcycle from Denver-based Ronin Motor Works (the47.com). In 2010, Magpul Industries debuted the Ronin concept, a one-off bike that began as a Buell 1125R. The name comes from the Japanese word for a samurai who has lost his master, and it alludes to Harley-Davidson’s discontinuation of the Buell brand in 2009.

The concept generated enough interest for Magpul’s founders to form Ronin Motor Works as a separate company and begin a production run that was set at 47—a reference to the Japanese tale of the 47 rōnin who avenged their master’s death. The company produced seven sets of bikes, each with a different color or design scheme, and released them over the past 3 years. The final set, the “art bikes,” features one-of-a-kind designs from Denver-based artists. Ronin #5 , a canvas for the acid-etching patterns of Jason Thielke (jasonthielke.com), was still for sale at press time. The price is available upon request.