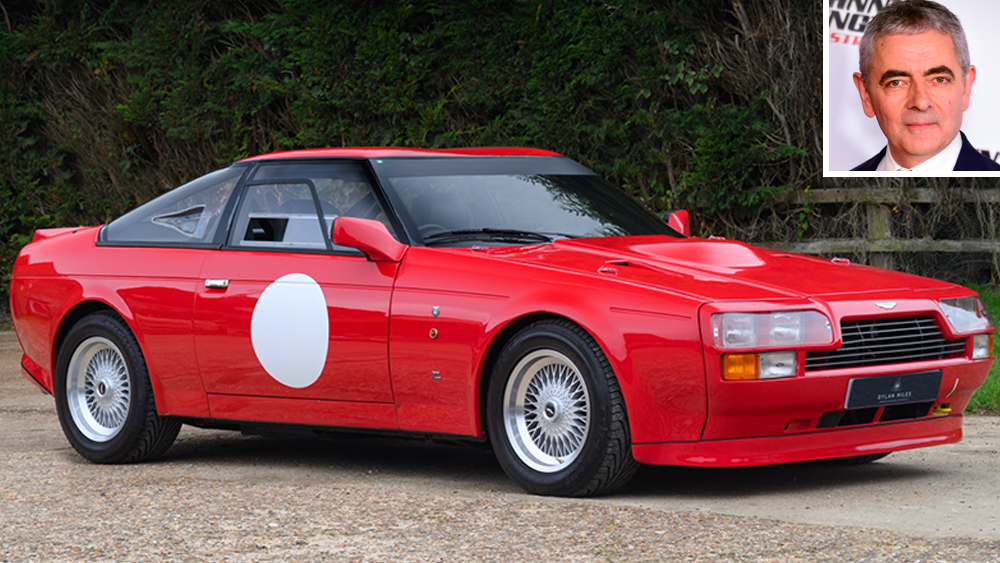 Rowan Atkinson may have driven a beat-up Mini as Mr. Bean, but away from set his taste in cars was significantly more refined.

One of the finest vehicles to pass through the British comic’s collection, a 1986 Aston Martin V8 Vantage Zagato, was just listed for a sale by Dylan Miles in the UK. And it’s not just its former owner that makes this racer special; it’s also one of a kind.

Aston Martins don’t come much rarer than the V8 Vantage Zagato. Only 52 examples of the Italian-designed grand tourer were built between 1986 to 1990. Atkinson’s car, chassis no. 20013, was the first from the production run but wasn’t acquired by the comedian until 1998. The noted car buff immediately set about having the car converted to racing specifications for the Aston Martin Owners Club’s C2 Class “Mildly Modified” category.

Atkinson’s V8 Vantage Zagato is the only example to receive this treatment, which was carried out by the marque’s classic car department, Aston Martin Works, according to the listing. As part of the conversion, the vehicle’s 5.3-liter V-8 mill was rebuilt and upgraded with Weber Alpha fuel injection and ceramic-coated exhaust headers. These modifications increased engine output to 482 hp and 412 ft lbs of torque, bumping those figures up by 52 and 17, respectively.

There was more to the conversion than just retuning the engine, though. It was stripped of all extraneous parts, while lightweight panels and Perspex side windows were installed to reduce overall weight form 3,527 pounds to 3,197 pounds. Other modifications include a new racing-spec suspension and braking system with AP Racing components. It comes finished in Gladiator Red over a factory-style black interior and has a white racing gumball on both doors, which featured no. 33 when Atkinson was racing the car.

The comedian would spend a decade behind the wheel of his V8 Vantage Zagato, which included a 2001 crash that he and the car emerged from relatively unscathed (his McLaren F1 wasn’t so lucky). The car has since been retired from competition and in 2016 was modified yet again to be made more road friendly, according to Dylan Miles. The exotic car dealership doesn’t list a price for the grand tourer,  but you can inquire through its website if you’re curious. We’d be willing to bet they’re asking more than the $160,000 the car sold for back in 2008, though.