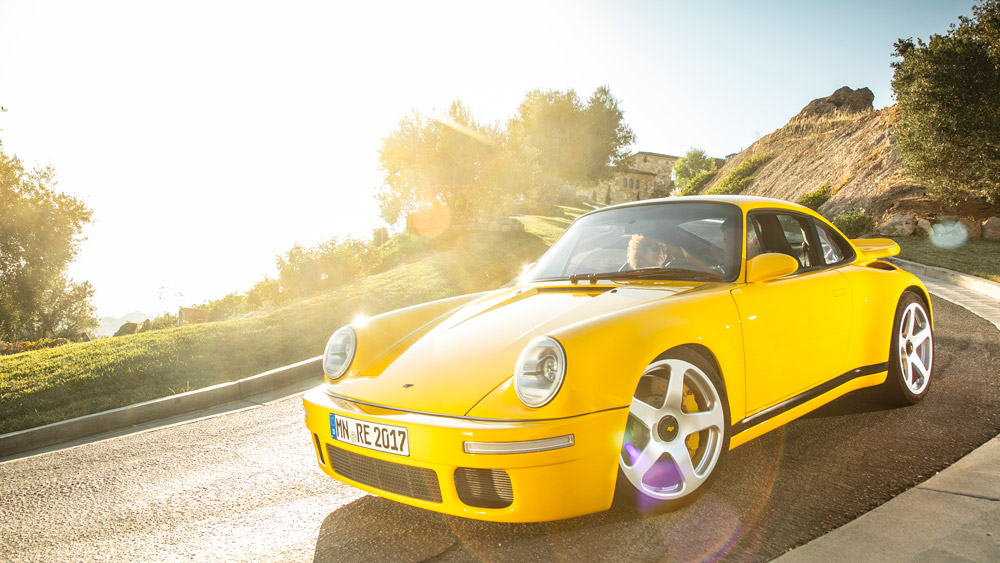 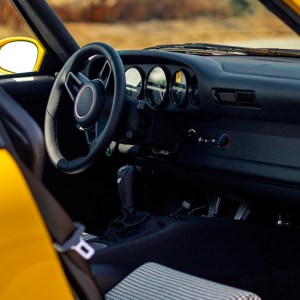 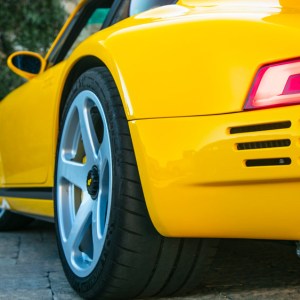 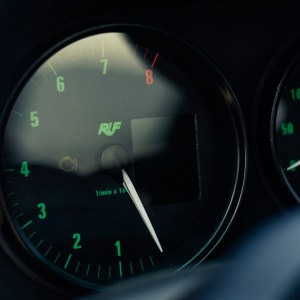 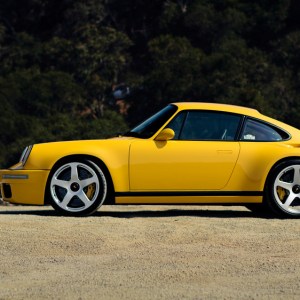 Porsche’s inimitable 911 has been a fixture in the automotive landscape for the better part of a half-century, marching to the beat of its own rear-engined drum. The slope-tailed sports car is a constantly evolving expression of the original concept penned by Ferdinand “Butzi” Porsche, so you might be forgiven for mistaking Ruf Automobiles’ new CTR for a lightly modified Porsche 911 at first glance.

Though it evokes the signature Porsche silhouette, those associations dissolve upon learning that the canary yellow two-seater sits on its own bespoke chassis constructed entirely of carbon fiber. Its front axle has been moved forward 20 mm and its rear wheels pulled back another 50 mm, a visual illusion that retains the 911’s familiar front and rear proportions by elongating the door panels.

Ruf Automobile was formed in 1939 by Alois Ruf Sr., but the firm didn’t enter the Porsche scene until 1963. Ruf’s son, Alois Jr., took over the business in 1974, but the brand’s most famous splash came decades later when one of its heavily modified yellow Porsche 911s, dubbed Yellowbird, outran supercars like the Ferrari F40 and Lamborghini Countach in a 1987 Road & Track cover story, puncturing the supercar glass ceiling with a 211.14 mph top speed. The so-called Faszination video boosted the legend by depicting the tail-sliding 911 as it tore up the Nürburgring with deliciously irreverent abandon.

The CTR sits on a carbon-fiber chassis.  Photo: Courtesy of Ruf Automobile.

Recently, Alois Ruf Jr. handed me the keys to his newly completed CTR. His stock was sky high at the moment, having debuted the CTR at the Quail Gathering’s Alois Ruf Reunion alongside CTR No.001—the original Yellowbird. Low, sleek, and finished in a familiar and unapologetically bold shade of yellow, the new CTR distinguishes itself from mass-produced Porsche 911s with its countless meticulous details which include rear wheel arch cutouts for engine cooling, recessed door handles, tucked-in side mirrors, and a flush seam where the door meets the roof. The rain gutter-less design has been a Ruf staple since the pre-Internet days when supercars earned their notoriety via print publications and grainy VHS cassette videos of their high-speed exploits, and helps the low-slung car slice easily through air.

Though the CTR retains the 911’s essential shape, its more expansive stance enables the bodywork to hide sophisticated inboard suspension components, a twin-turbocharged 3.6-liter flat-6 engine producing 700 hp, and a reinforced manual gearbox that was developed entirely in-house by Ruf. The cabin feels like classic 911, with slightly expanded proportions that betray its longer, wider stance. Soft Alcantara prevails over the chunky leather characteristic of 1980s-era Porsches, but the sparseness of the interior remains period correct. The view from behind the wheel is similarly familiar but distinctive, with a large Ruf-branded tachometer sitting front and center, and gauges offer analog interpretations of key information.

Driving the CTR, at least in the confines of public roads, reveals a level of raw immediacy that speaks to its focus on outright performance. It takes a bit of effort to nudge the steering wheel over at parking lot speeds, but the sensation on Carmel Valley’s winding Laureles Grade road is one of crystal-clear responsiveness and startling accuracy. The shifter demands a decent shove into its tight-fitting slot, but once engaged into a gear there’s a reassurance of mechanical solidity to the action.

Though entirely manageable at lower speeds, the car features acceleration that is fierce when summoned, shooting the coupe forward with an angry lurch that’s accompanied by the audible wheezing and whooshing of the two turbochargers as they force air into the engine. At play here is the feral combination of serious power and extremely lightweight construction, which yields a total weight of approximately 2,600 lbs. That’s some 600 lbs lighter than Porsche’s most aggressive 911 variant, the GT2 RS.

The CTR corners without a trace of slop or reluctance, and the chassis’ responsiveness demands carefully attenuated steering and pedal inputs for smooth driving, especially mid-corner when the car’s balance is shifting. Squeeze the throttle, and you can feel the vehicle’s tail settle as it pushes ahead; release the gas, and the nose tucks in. Also impactful are brake inputs, especially since the lightweight CTR’s speed is scrubbed by large carbon ceramic stoppers. Simply whisper on the middle pedal, and deceleration is swift and sudden, suggesting the hardware would endure rather well in a flat-out 24 hour endurance race.

With its ambitious engineering and near-seven figure price tag, Ruf’s latest creation is targeted at a sliver of the enthusiast car crowd that appreciates the curious alchemy of modern construction and the lore of high-powered beasts from the past. There are other boutiques that build exquisite odes to the venerable Porsche 911, but Ruf stands alone as a German carmaker whose extensive in-house engineering enables them to assign their own unique vehicle identification number to each car they produce. It’s a seemingly small but crucial distinction, one that lends the CTR, which will be limited to 30 examples in commemoration of Yellowbird’s anniversary, a singular and historically significant status in the rarified world of hand-built supercars.