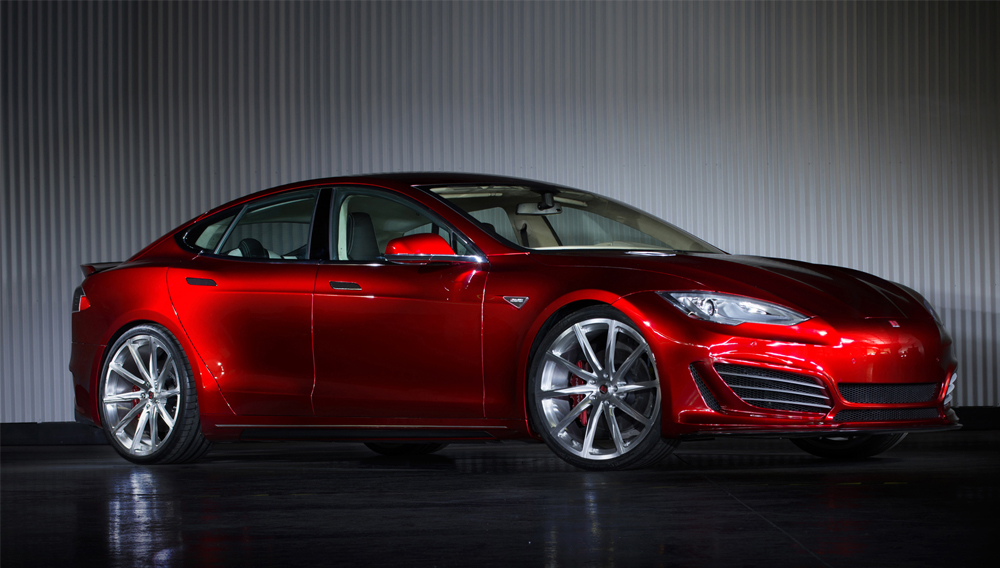 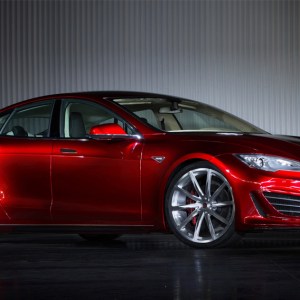 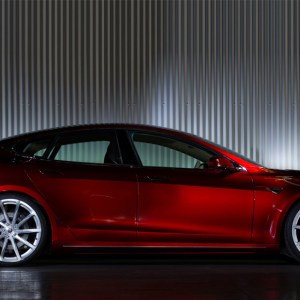 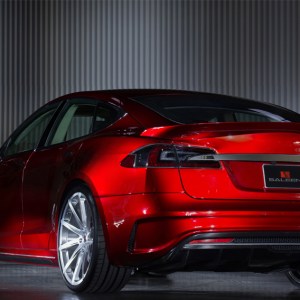 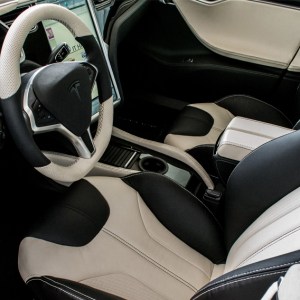 At this year’s Pebble Beach Concours d’Elegance, the Southern California performance-car manufacturer Saleen unveiled its first all-electric model, the Saleen Foursixteen. Known for building versions of U.S. muscle cars, such as the Ford Mustang and the Chevrolet Camaro, from the chassis up, as well as its own supercar, the S7, Saleen has marked out an intriguing new direction with the introduction of an electric vehicle.

A radically restyled version of the Tesla Model S P85, the Foursixteen (starting from $152,000) has a sportier look thanks to extensive redesigns to its front and rear fascia, hood, and side skirts. A new radiator allows the car to take in more air to cool the engine, while its new hood gives it better aerodynamics and improved airflow. The back end has been given a new spoiler and a carbon-fiber diffuser, both of which increase downforce and thereby improve the car’s handling.

Other improvements over the Model S include a new suspension system, a reworked stability-control system, larger wheels, and upgraded brakes. The Foursixteen does retain the Model S’s 416 hp electric motor, but Saleen has adjusted the drive train to deliver improved acceleration and give the motor a more aggressive whine. Inside the cockpit, the Foursixteen can be outfitted with black-leather bucket seating, an Alcantara headliner, a center storage console, and something that Model S owners have been clamoring for since the car’s debut: a pair of easy-to-access cupholders. (800.888.8945, saleen.com)