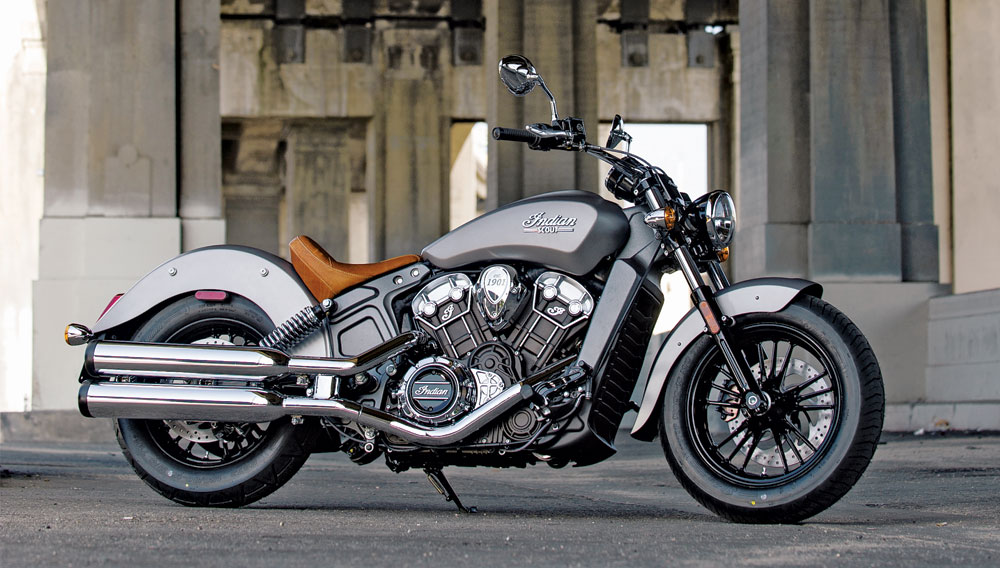 The Indian Motorcycle company finally appears to be moving in the right direction.

When Polaris Industries purchased the Indian Motorcycle company in 2011, it marked the first time since the original brand declared bankruptcy 58 years earlier that the Indian name belonged to an owner with ample money to invest in the business and a background in building motorcycles.

The last original Indian rolled out of the brand’s factory in Springfield, Mass., in 1953, and in the years between then and the Polaris acquisition, a total of nine entities tried to resuscitate the marque. One attempt culminated in a prison sentence. In 1990, Philip Zanghi II began promoting his plans to build 100,000 Indian motorcycles annually at a Springfield manufacturing facility. He collected more than $800,000 from investors but failed to produce even a single motorcycle. Instead, he sold other items—T-shirts, guitars, and cigars—that displayed the Indian logo. In 1997, Zanghi was found guilty on 12 counts of securities fraud, three counts of tax evasion, and six counts of money laundering.

Other attempts to revive the brand were less nefarious and only slightly more successful. Brockhouse Engineering imported Royal Enfield motorcycles from England and sold them as Indians from 1955 until 1960, when England’s Associated Motor Cycles bought the Indian name. AMC planned to sell Matchless and AJS motorcycles badged as Indians but went bankrupt in 1962. Later, the Indian Motorcycle Company of Gardena, Calif., slapped Indian labels on minibikes imported from Taiwan, and American Moped Associates continued that practice when it purchased the brand in 1978. According to Ed Youngblood, the author of A Century of Indian, prior to Polaris, only two entities made concerted efforts to build new Indian motorcycles since the original company   ceased operations. The most recent was Stellican, a private-equity firm based in London. It acquired the brand in 2006 and set up production in Kings Mountain, N.C. But the Great Recession crippled the operation. Polaris bought the company from Stellican for an undisclosed sum and moved it to Spirit Lake, Iowa. “Most people seriously underestimated the task [of reviving the Indian brand],” says Youngblood. “They were either short on capital or short on competence.”

Polaris—the Minnesota-based company that makes snowmobiles and all-terrain vehicles and also owns Victory Motorcycles—appears to have an abundance of both. The latest Indian offerings, the Roadmaster and the Scout, debuted at the annual Sturgis Motorcycle Rally in South Dakota this past August. The Roadmaster is a touring bike that emphasizes comfort and takes its name from a 1940s-era Indian model. The Scout is engineered to be the most powerful and maneuverable midsize motorcycle on the market.

“In order to create a viable modern motorcycle that will have a broader market,” says Youngblood, “Polaris must step away from nostalgia and create their own identity with the Indian brand. This is exactly what they’ve done with the Scout.”

What would become the Indian Motorcycle company was originally known as the Hendee Manufacturing Company. It was formed in the late 1890s by George Hendee, the United States’ first national cycling champion. He initially built bicycles, some of which he called Indians, eventually applying the name to the business. Carl Oscar Hedström, a fellow bicycle racer, joined the company in 1900, and together he and Hendee built a prototype motorcycle that they unveiled the following year and began producing in 1902.

Hendee’s company quickly became one of the United States’ leading motorcycle manufacturers. It was the first U.S. company to build a V-twin-powered motorcycle, and its bikes were used by New York City’s first police motorcycle unit in the 1920s. By then Indian also had established itself as a racing juggernaut—its bikes swept the top three spots at the prestigious Isle of Man Tourist Trophy race in 1911. During subsequent decades, the company introduced a number of innovations to the motorcycle industry. It developed the first swing arm and the first leaf-spring rear suspension; it introduced the first motorcycle with electric lights and an electric starter; and it was the first company to use leak-proof aluminum primary cases.

By 1912, Indian was the world’s largest motorcycle manufacturer, but when it suspended most deliveries to dealerships and redirected those bikes to the U.S. government for use during World War I, the company relinquished its standing to Harley-Davidson. After the war, Indian continued to compete with its U.S. rival, launching the original Scout in 1920 and the Chief in 1922, but it never reclaimed its prewar market share. Following World War II, the company changed ownership, and within eight years—and after drastic lineup changes that included the discontinuation of the Scout in 1949—the company was bankrupt.

Even though the original company ceased operations in 1953, it remains the second-longest-lasting U.S. motorcycle brand (behind Harley-Davidson), having survived far longer and produced far more bikes than such companies as Excelsior, Flying Merkel, Henderson, and Thor. Many of the vintage Indians have survived, and their existence has helped sustain interest in the brand, says Steve Menneto, vice president of motorcycles at Polaris. “The resilience of the Indian brand is amazing,” he says. “People still know it; it’s still captivating and exciting.”

The Indian motorcycles that debuted in 2013—the new Chief, in cruiser (the $18,999 Chief Classic) and soft-bagger (the $20,999 Chief Vintage) variants, and the Chieftain ($22,999), which is designed similar to the Chief but equipped with hard saddlebags and a fairing with integrated driving lights—clearly reference their vintage counterparts. The new Chiefs have valanced fenders, tank-mounted instrumentation, and the brand’s Warbonnet headlamp, for example—all features found on old Chiefs. The bikes’ power plant, an air-cooled Thunder Stroke 111 engine, delivers more than 119 ft lbs of torque and features long-standing Indian details such as parallel pushrods and a down-firing exhaust system.

Menneto says the company was careful not to make the new Chiefs and Chieftain too similar to the vintage models. As he explains, Indian’s designers asked themselves what an Indian motorcycle would look like today if the original company had never ceased operations. “The guiding principle was 1901 to 2014. That was the driving concept that they had to continue to focus on,” he says. “One of the big things Indian was known for was innovation. If we just built a replica bike, it would show a total lack of innovation. It wouldn’t be true to the brand, and it would’ve been of no interest to the consumer and of no interest to us.”

The new Roadmaster, with a starting price of $26,999, is the most expensive model in the Indian lineup. It is essentially a fully loaded Chieftain, with a top trunk, fairing lowers, heated handgrips, and heated seats. Though released after the Chieftain, it was developed before that model, so it may be more accurate to describe the Chieftain as a stripped-down Roadmaster.

The new Scout, a clean-sheet design with a starting price of $10,999, has a name with a compelling history. According to Menneto, about 30,000 of the original Scouts were shipped overseas and used by Allied troops during World War II. On the Bonneville Salt Flats in 1967, at age 68, the New Zealander Burt Munro piloted a heavily modified 1920 Indian Scout to a land-speed record of 183.58 mph that still stands for “streamlined motorcycles” under 1,000 cc. His feat became the basis for the 2005 film The World’s Fastest Indian. “The Scout was known for being a high-horsepower, light, and nimble bike that was easy to throw around,” says Menneto.

The new Scout is a middleweight cruiser that weighs 558 pounds, making it the lightest model in its class. It is powered by a liquid-cooled, 69 cu in V-twin engine that produces 100 hp. The Scout features the lowest seat height of all midsize bikes, which allows for extreme maneuverability. “We wanted to create a bike that was well balanced and had great characteristics and mannerisms, so that a first-time rider can enjoy the bike,” Menneto says. “But the 100 horsepower is there for that experienced rider to put it through its paces and have some fun.”