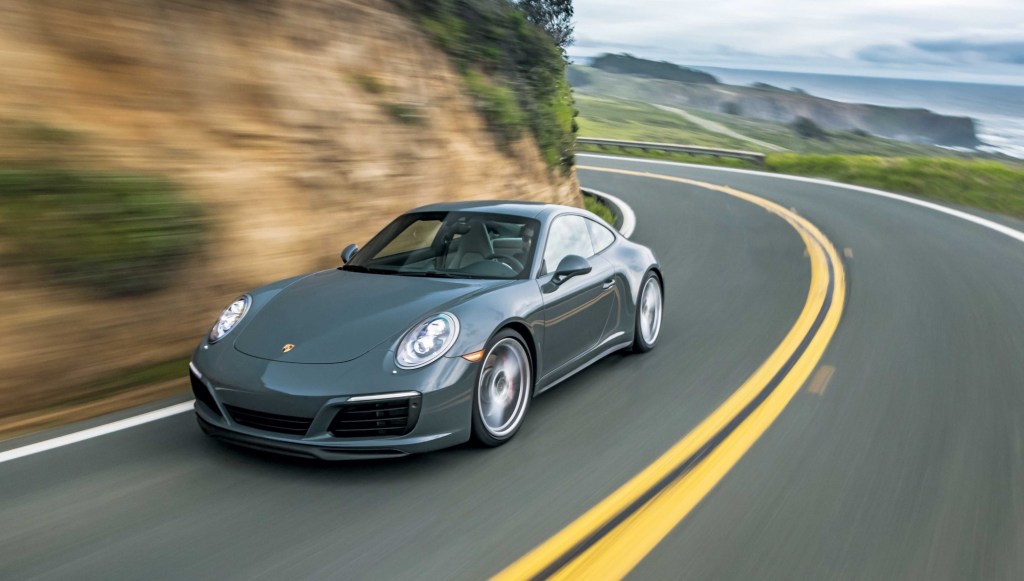 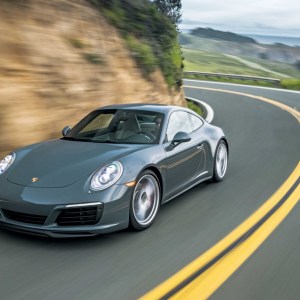 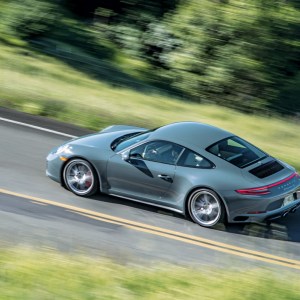 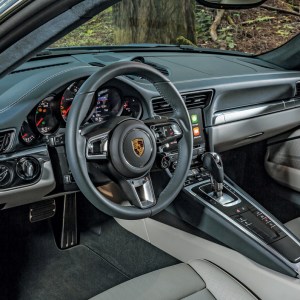 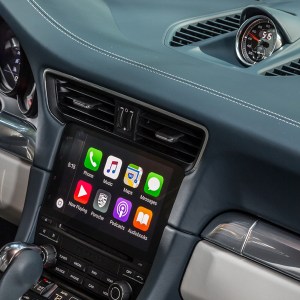 A perennial favorite adds turbos and other bells and whistles that never sounded—or felt—so good.

No one is as obstinate as the owners of old rear-engine Porsches. Resistance to change seems to be woven into their collective DNA. They grumbled when the 6-cylinder 911 replaced the 356 “bathtub” in 1964, and by the time the faithful accepted the 911, it was jockeying for position with the then-new front-engine 928 of the disco era. A traitorous water-cooled 911 reared its head in the United States in 1999, followed by the heretical Cayenne SUV 3 years later. To the bewilderment of 911 purists, another four-door betrayal, the Panamera, arrived in 2009. And now, as a concession to ever-tightening global fuel supplies and air-quality standards, Porsche has eliminated the normally aspirated 911 Carrera beginning with the 2017 model year.

But the 911 is a methodically evolved species of automobile with 55 years of development behind it. Improvements have been incremental, calculated, and always quantifiable. So it is no surprise that when addressing stricter emissions and fuel-consumption regulations, Porsche engineers turned to efficient forced induction, adding a pair of twin turbos to the flat-6 engine in the tradition of the mighty 911 Turbo, a supercar disguised as a 911. (When equipped with the optional automatic transmission, the new Carrera has a fuel-economy rating of 24 mpg, which should assuage the conscience of drivers who occasionally explore its 7,500 rpm redline.)

Diehards feared that turbocharging would sacrifice the classic sound and linear power delivery of the Carrera’s boxer engine. More threatening still was the reduction of the engine’s displacement to 3 liters, which left it with only 79 percent of the most powerful Carrera’s volume. It turns out, however, that no one—including this doubter—should have worried.

The newest Carrera is a brilliant achievement in ways that go beyond empirical measurements. Yes, it is the fastest and most powerful 911 Carrera ever, with 20 hp added to both the base and S models (raising their respective engines’ outputs to 370 and 420 hp). While welcome, such an incremental increase of horsepower might not be obvious to drivers and passengers, but the added torque—increased to 331 and 368 ft lbs—is. You feel it immediately in the seat of your pants. Finally, we have a Carrera that allows us to stop rationalizing about how modest torque is more than made up for by this, that, or the other 911 attribute.

The 2017 911 Carrera lineup comprises 10 models (including cabriolet and Targa variants), and for those who like to check all the boxes, the all-wheel-drive 4S is the Carrera of choice. Others may insist on the feedback and lively personality that come with rear-wheel drive, but all-wheel drive adds all-weather capability, making the Carrera 4 or 4S a year-round daily driver in places where the sun doesn’t always shine.

The Carrera 4S coupe that I drove was equipped with the optional Sport Chrono Package and PDK 7-speed automatic transmission, which combined enable a zero-to-60-mph time of 3.6 seconds. Purists who bemoan the disappearance of the stick shift from most marques’ parts bins can satiate their nostalgic streak with the Carrera’s superb 7-speed manual gearbox. It features a two-disc clutch and revised, longer gear ratios to exploit the engine’s broader power band and increased torque while reducing engagement pressure. Just a fraction slower than the PDK, it provides entertainment that only a shift lever and a clutch pedal can afford.

It’s a lost opportunity when car enthusiasts fail to avail themselves of the hugely satisfying experience of ordering a new Porsche from the factory and having it built to specification. The base price of the Carrera 4S is $110,300, but the price of the test-drive example soared to $142,255 because of the PDK, the Sport Chrono Package, and other impressive bells and whistles that made it an even more capable performer. Among these other options was the Sport Package, a $6,290 choice that adds rear-axle steering for maximum agility and a tighter turning circle at slow speeds. The GT sport steering wheel features a rotary dial for selecting the car’s four driving modes—Normal, Sport, Sport Plus, and Individual—which adjust the engine, transmission, and suspension for varying levels of performance. The two-pipe, centrally exiting Sport Package exhaust system produces an intoxicating sound. The Porsche Dynamic Chassis Control system is a $4,050 option when it includes a PASM sport suspension, which lowers the car by nearly an inch. A front-axle lift system raises it a few inches at the push of a button to negotiate troublesome driveways and speed bumps. The Porsche Ceramic Composite Brakes are an $8,520 upgrade probably best left to weekend racers and track junkies, or those who must have yellow calipers at any cost. The full-leather interior, power sport seats, and Premium Package Plus add more than $10,000 to the base price but elevate the cabin to first class.

As with all 911s, the cabin offers the driver and front-seat passenger maximum elbow room and visibility, but rear-seat passengers are advised to call a cab. The interior design is tasteful, restrained, and short on superfluous detail. Audio-system options range from Bose to Burmester, although the real music comes from behind the driver. And what music it is. Naysayers who predicted that the turbos would choke the unique clatter of the Carrera’s boxer engine were wrong; instead, the spinning impellers add sparkle and excitement when spooled up

to the redline or in perfectly rev-matched downshifts.

Whether threading the canyons north of Los Angeles or exploring a Southern California desert highway at speed, a 911 handles like no other car. The steering is light and instantaneous, without a hint of fidgeting. It’s as though the car is reading your mind. And that handling has now been paired with the most responsive Carrera engine ever, ensuring that this Porsche will never get boring, never become fatiguing to own. It’s not fancy or exotic, but it’s the car you want to drive—every day of the year.