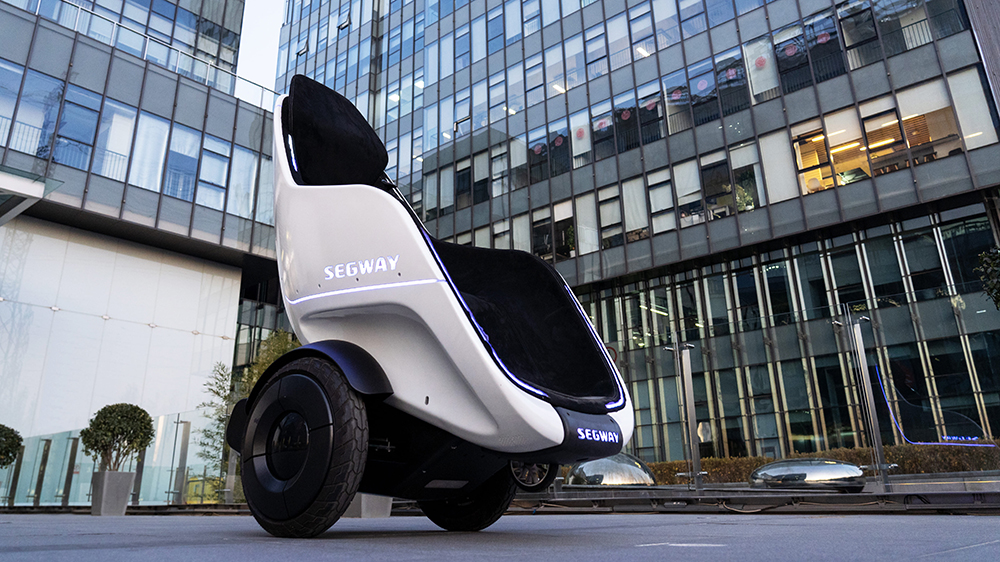 Here’s a surprise. It’s not Disney that’s bringing WALL-E to life. Instead, it’s Segway-Ninebot. The maker of the infamous two-wheel personal transporter used by mall cops across the US during the early part of the century is about to release a new chair on wheels that looks awfully similar to the transport used by 29th-century humans in the animated classic.

Dubbed the S-Pod, the company calls its latest personal transport vehicle a “first-class smart transporting pod.” Unveiled on Friday, the vehicle is basically an egg-shaped chair on wheels that the company envisions will become the perfect way to get around closed campuses like airports, theme parks and … malls.

Just like its much older sibling, the Segway PT, the S-Pod is powered by gyroscopic, self-balancing technology that ensures it never tips over. But whereas the original Segway was steered via gestures like leaning forward or to the side, those riding in the S-Pod will control their movement with a little joystick located on the right side of the seat. The company also said that the vehicle will be equipped with a detachable built-in pad. Though the company didn’t elaborate, that would allow for possible autonomous usage in the world.

One of the more intriguing aspects of the S-Pod is that appears as if the car will have some serious zip to it. Segway-Ninebot claims the chair will be able to reach a quite impressive top speed of 24 mph. In addition to its two main wheels, the chair will be equipped with three smaller wheels underneath that will help with maneuverability.

While the S-Pod looks almost identical to the chairs featured in WALL-E, the design inspiration for the vehicle actually came from another movie. According to Segway-Ninebot, the chair is inspired by the Gyrosphere from Jurassic World.

The S-Pod will be on display at the company’s booth at the annual Consumer Electronics Show in Las Vegas next week. While the company is currently mum on pricing details, it hopes to debut the finished vehicle by the third quarter of this year, and plans to start selling it next year.