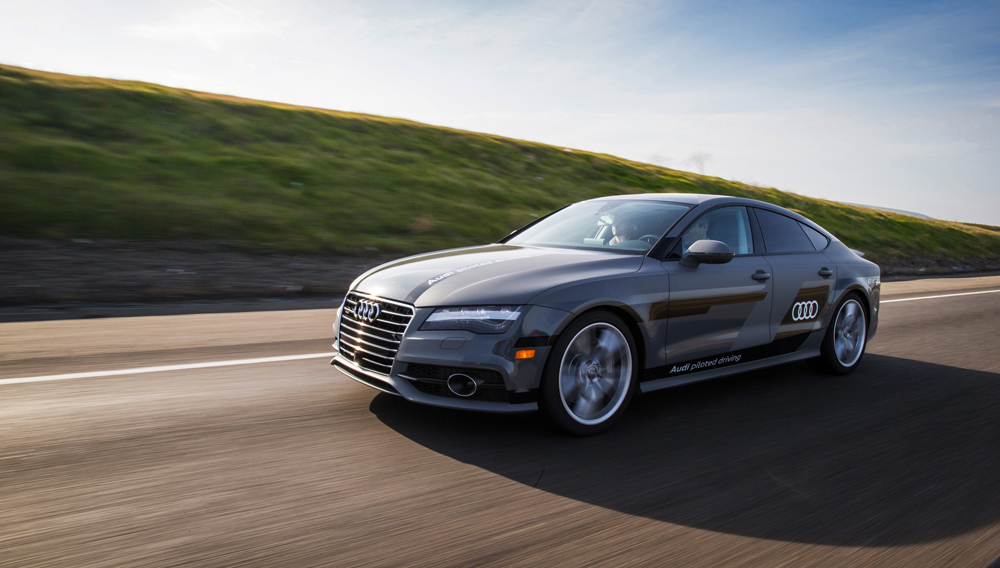 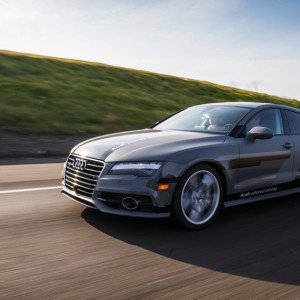 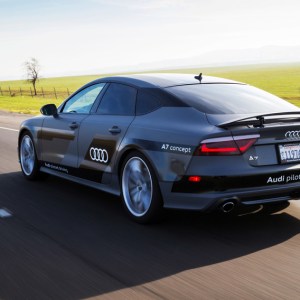 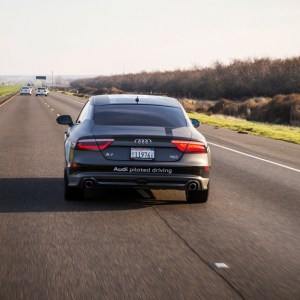 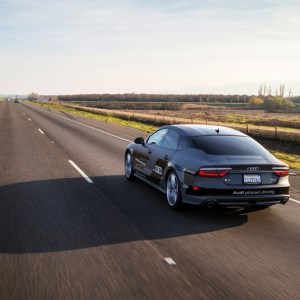 The autonomous prototype version of the Audi A7 was nicknamed Jack by Audi engineers in honor of the jackpot they expected from its successful completion of an autonomous drive from Silicon Valley to the International Consumer Electronics show in Las Vegas (which also saw the debut of the self-driving Audi Prologue concept). This journey marked the longest distance completed by an autonomous driving vehicle at full highway speeds with non-engineers behind the wheel.

Ulrich Hackenberg, a developer for all the Volkswagen Group brands (including Audi), said Jack was autonomous for 95 percent of the drive. The car traveled more than 560 miles through California to Nevada, serving as an electronic chauffeur for journalists who received a prototype driver’s permit.

The experimental vehicle uses an augmented GPS system to ascertain orientation, in combination with various sensors that monitor the area in front of and behind it. The long-range radar sensors are part of the adaptive cruise control and Audi side assist systems that are standard on a normal A7.

To give Jack 360-degree vision, Audi installed two midrange radar sensors at the front and rear. Laser scanners were installed inside the grille and in the rear apron to provide redundant information as a precaution. The prototype autonomous A7 can drive up to 70 mph and can change lanes without any human intervention.

Audi’s partner Mobileye provided a prototype of a high-resolution, wide-angle 3-D video camera installed in the front. A similar Mobileye camera will be offered with the 2016 Audi Q7. If the car needs to have a human take over control, it will sound an alarm. If audible and visible warnings are not heeded, the car can pull over to the shoulder by itself.

California and Nevada are two of a handful of states that regulate autonomous driving. Europe will have to wait for the 1968 Vienna Convention to be amended before it can have completely autonomous vehicles on the road. Many high-end cars today already have sophisticated intelligent technology, though, which will continue to be provided incrementally in new vehicles.

Audi told journalists at a press meeting that an autonomous A8 will go on sale by the end of 2017. (audiusa.com)