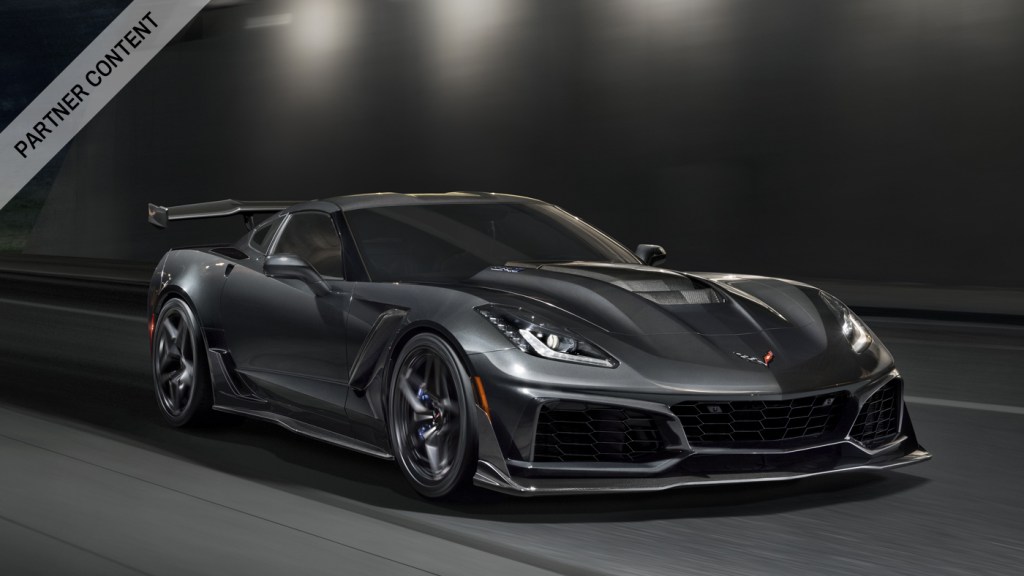 The Corvette formula has remained largely unchanged since the first Polo White convertibles rolled off the production line in 1953. All ‘Vettes have two seats, power to the rear wheels, and a massive motor up front to get it all moving quickly—and in the case of the 2019 Corvette ZR1, very quickly. Dealer allocation of America’s hottest sportscar is limited and the ZR1 ‘Vette is expected to become a future collector’s car.

The ZR1 is indeed the ultimate Corvette. By the numbers, it’s the greatest Corvette ever made. American muscle heads call it “The King” and it hangs out in the exclusive 700 club, boasting 755 horsepower and 715 lb. of torque, with massive flares and a carbon wing that scream speed. Plus, the 2019 ZR1 is likely the last of its kind, as GM has announced plans to convert the Corvette to a mid-engine platform, ending a more than 60-year tradition. But Chevrolet is sending this platform out with a bang: The ZR1’s list of features is almost as long as the tire marks it can lay down on the street.

Power comes from the lauded LT5 motor, a tech-forward small block V-8 boosted by a newly designed Eaton supercharger that forces 14 psi of charged air into all 6.2 liters of motor. Producing that All-American pushrod power creates plenty of heat, which 13 radiators and a new “halo” hood help mitigate. Making all that power useful and manageable for any driver, GM’s Performance Traction Management employs a powerful computing system to monitor and manage wheelspin, helping the car rocket to 60 mph from a standstill in just under 3 seconds.

Like its performance, the ZR1’s design language is loud, over-the-top, and makes absolutely no excuses—and it does not have to. The ZR1 can outperform its European counterparts in almost every category. For those who don’t believe in limits, the ZTK Track Performance Package adds gripping Pilot Sport Cup 2 ZP tires, stiffer suspension, front splitter with endplates, and a high wing that produces 950 pounds of downforce at this super-powered supercar’s top speed of 212 mph.

The Penske name is inextricably tied to American automotive performance. Roger Penske’s incredibly successful 1966 Corvette 427 race car was consistently in the winner’s circle—and, with the 2019 Corvette ZR1, you can be, too.

Prospective buyers should contact its partners at Penske Automotive Group or browse the inventory at PenskeLuxury.com to learn more.