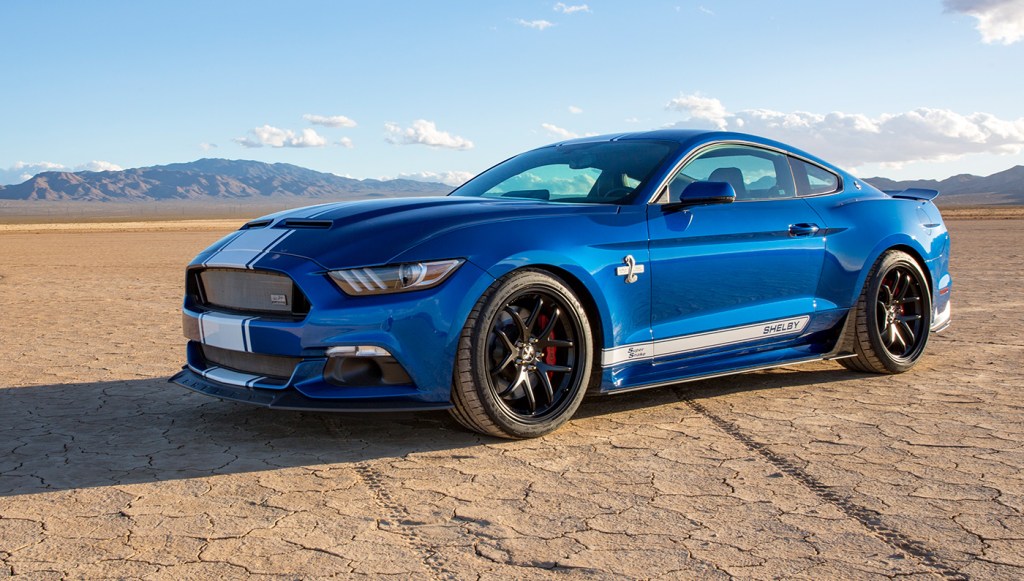 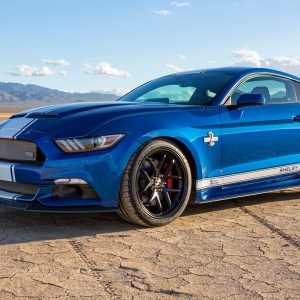 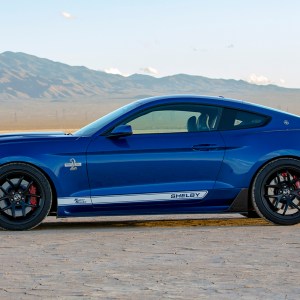 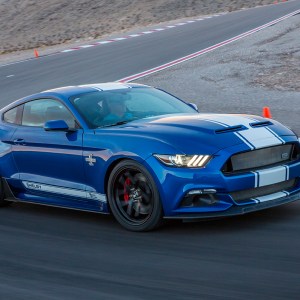 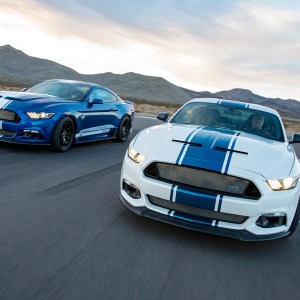 Boasting fast and fully fanged performance, Shelby American’s 50th Anniversary Super Snake was unleashed in the Arizona desert January 19 at Barrett-Jackson’s Scottsdale Auction. The cobra-like coupe commemorates the late Carroll Shelby’s prototype 1967 Ford Mustang, which was fit with a 650 hp 427 FE GT40 engine that powered the vehicle to a recorded top speed of 170 mph. While the classic one-off sold for $1.3 million at auction in 2013, Shelby American reintroduced the name Super Snake in 2007, using the Mustang GT as foundation for the variant.

For 2017, the muscled model comes with a choice of manual or automatic transmission and contains a 670 hp, Ford 5-liter V-8 with forced induction. And the car can corral up to 750 horses with optional superchargers. The latter configuration enables the pony to run wild, covering zero to 60 mph in 3.5 seconds and the quarter mile in 10.9 seconds. Developed with assistance from Ford Performance, Michelin, Borla Exhaust, and Wilwood Disc Brakes, the car carries competition-quality componentry complemented by a striking aesthetic. The Super Snake’s new skin displays re-envisioned rockers, spoilers, splitters, grilles, rear diffuser and tail panel, and fog lights. Special detailing and badges inside and out (including a signed plaque from the build team under the hood) mark the milestone.

The celebratory edition has a starting price of $70,000, although current owners of a 2017 Mustang GT can have the conversion for $36,795. In total, however, only 500 examples will be let loose. (shelby.com)